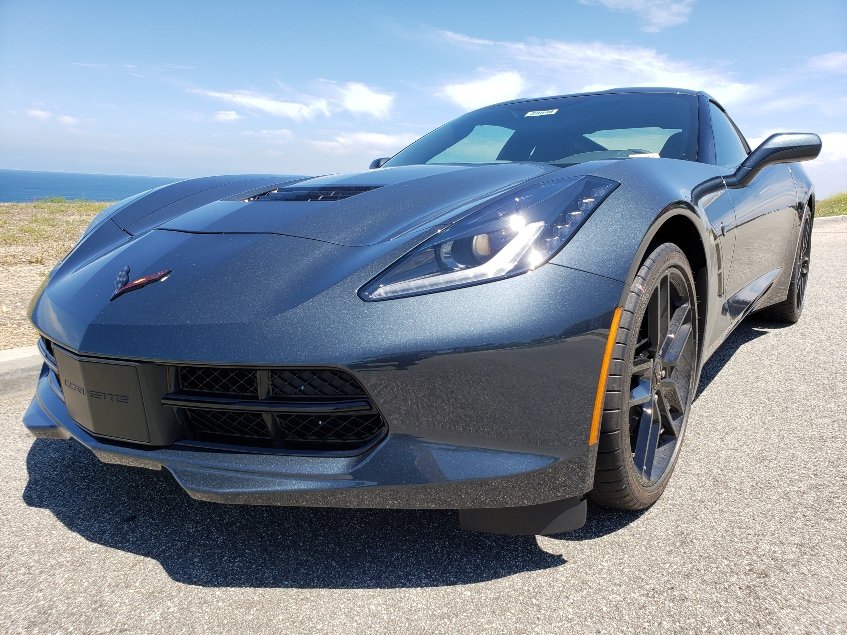 Sales of the 2019 Chevrolet Corvette have been brisk at Martin Chevrolet, a top Southern California Chevy dealer.  And that’s highly significant because of the 2020 Mid-Engine Corvette’s recent reveal.

You would think that the news of the 2020 Mid-Engine Vette coming out would dampen interest in the 2019 Chevrolet Corvette.   But, not so. 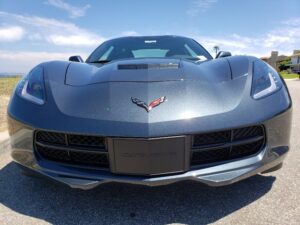 In fact, the most expensive and powerful Vette in history only lasted a few days on Martin Chevy’s showroom floor recently.  And yes, I’m referring to the 2019 Corvette ZR1 supercar – the $150K, 755-horsepower beast! 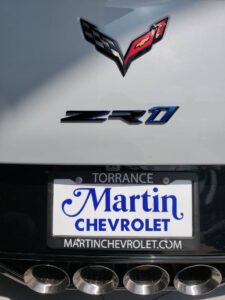 But with news about the new generation of Corvette’s (C8) burning up the internet, why is the current generation (C7) so hot with car buyers?  I have a few theories for the spike in 2019 Vette sales.

For instance, if the C7 is really the end of the front-engine Corvette then the value of these 2019’s is likely to sky-rocket.  And, let’s be real, with the 2019 Corvette, Chevrolet may have maxed-out the capacity of front-engine technology.  Plus, if that’s the case then history will shine an equally bright light on the 2019 Corvette’s value in years to come.

Of course, you also have to consider the push toward electric vehicles.  Which seems likely to make traditional American muscle cars endangered species.

And, perhaps the most important of all possible reasons the 2019 Corvette’s are selling out…  You can never underestimate the passion of the automotive enthusiast.

But, whatever the reason(s),  I figured I owed it to iDSC readers to take one out for a day and give it a thorough review.  I know, tough job… but I struggle through. ;0)

Continue reading my 2019 Chevrolet Corvette review below or listen to the podcast version.

The 2019 Chevrolet Corvette is the last of the seventh generation.  And with the rollout of the C8 the Corvette world is in for a seismic shift.

And that shift is simply due to the engine moving from the front to the rear of the vehicle.  Well, the middle of the vehicle technically speaking.  But here’s the thing… Chevrolet nailed the 2019 Corvette.  And to be clear, they got it right in every conceivable way. 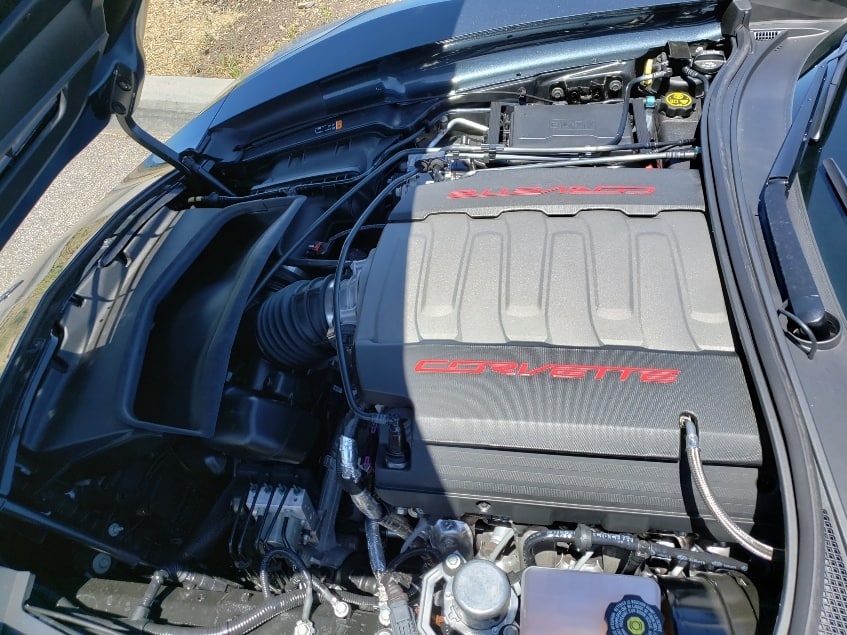 Sure, of course, you’ll have critics nit-picking this or that.  And to them, I’d offer my sincerest encouragement to ‘go have at it and try and do better!’

Because again, they got it right.  So right that they may have maxed out the physical capacity of front-engine rear-wheel-drive technology.

Please hold onto your gear shifter here.  Because I’m going off on a brief tangent.

Why I Love Rear-Wheel Drive!

For me, and perhaps you, a favorite pastime is being at a dead-stop and flooring a vehicle.  And that’s because of what happens next.

The engine roars and rear-wheels break loose.  As they spin your heart thumps, pupils dilate and goose-bumps with tiny hairs on your neck and arms tingle.

“The engine roars and rear-wheels break loose.  As they spin your heart thumps, pupils dilate and goose-bumps with tiny hairs on your neck and arms tingle.”

The vehicle starts moving forward but at a snail’s pace because you’re barbequing your back-wheels.  And, it’s cool!

But the fun is just starting.  Time to crank the front-wheels and start experiencing fighter-pilot g-forces.  As the back-wheels slide the vehicle in a sideways circular motion it’s really hard not to giggle or just flat-out laugh.

And that’s because doing donuts is pointlessly childish.  But, oh,  they are so flippin’ fun!

And now Chevrolet wants to take one of the greatest donut-doing cars away from us forever! No.  Please, General Motors, no!  ;0) 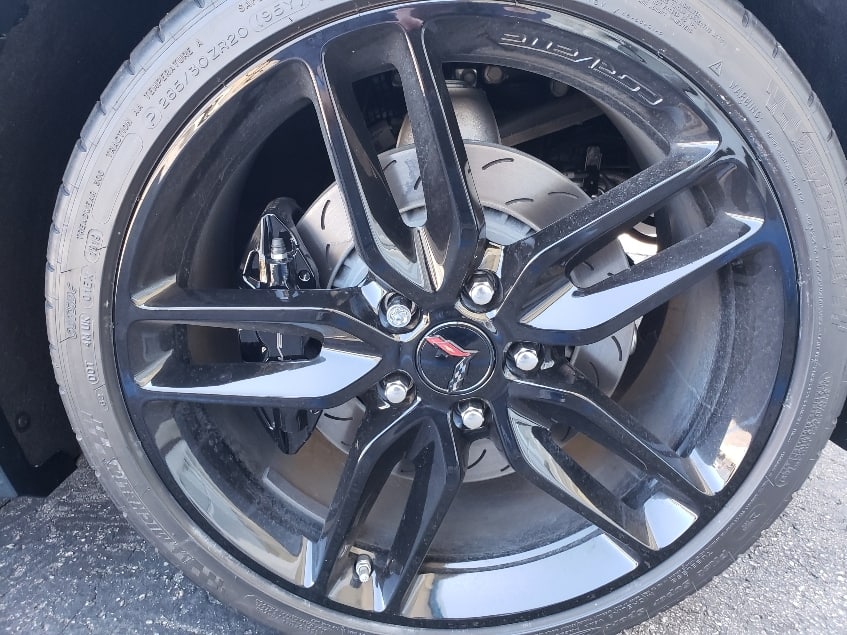 So, of course, I’m only joking.  But, there is a slice of truth in every joke – right?

I’m just sayin’ I can’t imagine the rear-wheel Vette is gone forever.  Bring on the mid-engine for sure.  I can’t wait for the future.  But the past definitely doesn’t suck.

Now, on with our regularly scheduled programming.

How Much Is A 2019 Chevrolet Corvette?

Upon setting eyes on their first Corvette, the second question usually asked is: ‘How much does a Corvette cost?’

And that’s the because the first time a young car-gal gazes upon the seductive two-door coupe sports car their first question is: ‘What’s that?’  BTW – This is based on my 100% unscientific methodology of remembering being a car-loving little kid asking those exact questions. :0)

With that in mind, here’s the answer to the “how much does a Corvette cost?” question.  The below are starting MSRPs for Chevrolet’s 2019 Corvette lineup:

Now those are starting MSRPs, and you can equip Corvette’s in lots of heart-thumping adrenaline rushing ways.  So, two things as always with iDriveSoCal reviews.

First, you’ve got to get your Vette (aka ‘America’s Sports Car‘) equipped to your inner child’s delight.  So, that’s going to impact your price.  Second, I recommend contacting my friends at Martin Chevrolet. 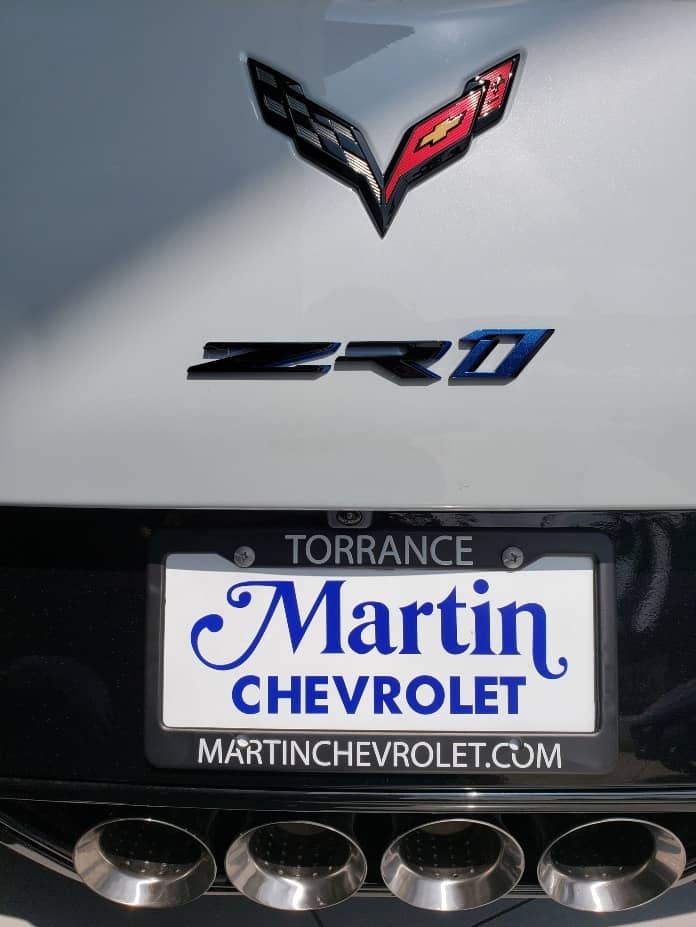 General Manager Lewis Cook is a personal friend of mine and beyond the best price, selection, and service he gives all of my iDSC readers a little something extra.  And that’s after you negotiate your deal. 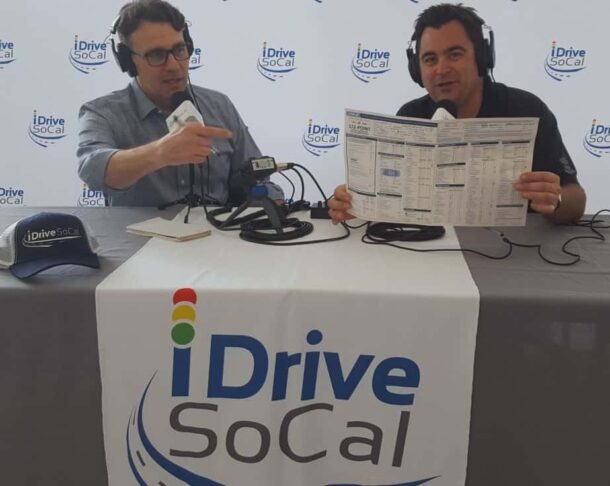 Subscribe to the iDriveSoCal newsletter and we'll email the offer.

How Fast Is A 2019 Chevrolet Corvette?

So, the first question is; ‘what’s that?’  And the second question is; ‘how much does it cost?’  You probably know the third question; ‘how fast does is a c7 Corvette?’

So, where does all that, rather insane, performance come from?  Oh, just a stock 755 HP, 715 lb-ft of torque 6.2-liter Supercharged V8 engine.  And a fun fact here; the Supercharger in the ZR1 was problematically big for engineers.  So you’ll notice the abnormally-shaped hood doing a poor job of concealing the overly big supercharger. 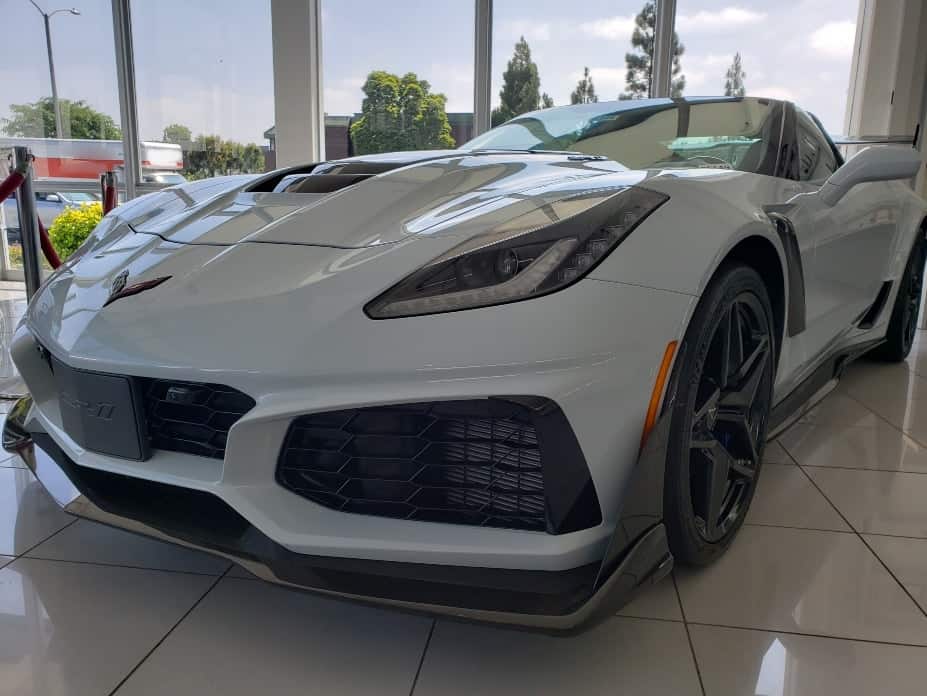 This brings us to another fun fact, engineers code-named the problematically big supercharger the BAS.  Aka ‘Big A** Supercharger.’

Remember, the ZR1 is at supercar status.  And that means super-price-tag rides shotgun.  These are in very limited production.  So that means the $123K starting price is going to be super-hard to come by.

Now if the ZR1 is a little out of your price range… then, you certainly wouldn’t be alone.  But perhaps the Z06 would fit nicely in your wallet and garage.  And the good news with the Z06 is that there’s a lot more of them being made.  So, Z06 will be easier to come by and the $81K starting price will be more attainable.

And performance-wise the Z06 is still a serious force on four-wheels.  That’s because the Z06 is this/close to being as fast as the ZR1. 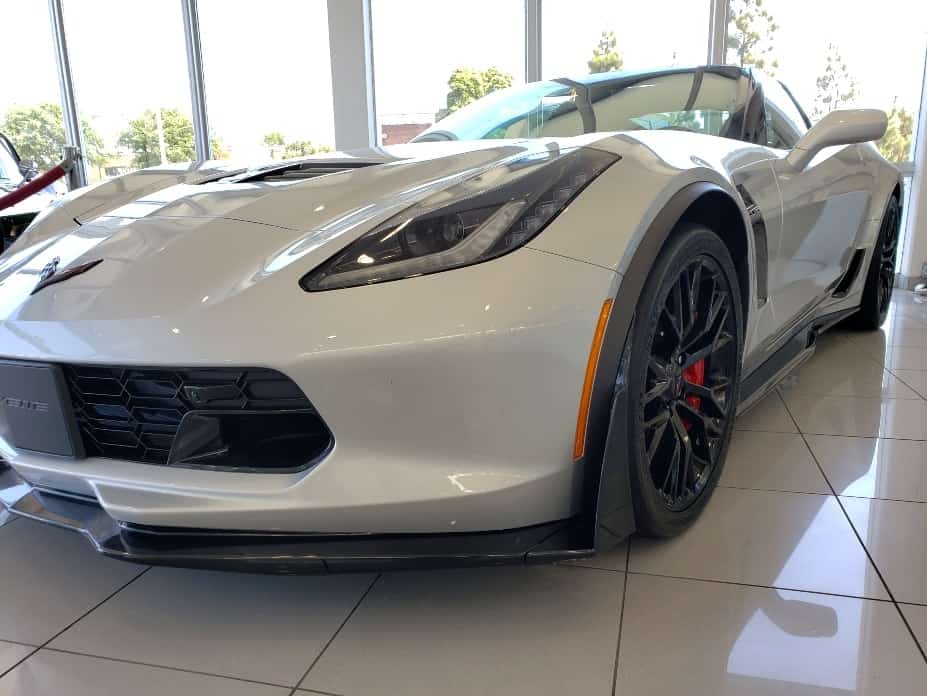 But whoah, if you’re in ZR1’s serious-buyer-land then I say go for it!  Without a second thought and for sure.  Because the long-term value is likely to hold-up better and increases more over time.  Again, supply and demand.

Yes, the 2019 Chevrolet Corvette Grand Sport sits two slots below the beastly ZR1.  And no, that doesn’t mean this option isn’t awesome itself.  How fast is it?

And the Grand Sport starts at $66K.  Plus it’s way more available.  And, so what if it takes 3/4’s of a second more to give you whiplash?!?!  Again, the arithmetic is yours to do.

So this brings us to the 2019 Chevrolet Corvette Stingray.  And this is what Martin Chevrolet had me test drive for this review.

Don’t think for a second that this base-model Corvette doesn’t turn heads.  Because I caused quite a scene at a Palos Verdes Starbucks just grabbing a quick afternoon cup of java.

So that performance is courtesy of another 6.2-liter V8 delivering 460 HP and 465 lb-ft of torque.

So, no matter which of the 2019 Corvette’s you are lucky enough to snap up you really cannot go wrong.  The base model Stingray is awesome and each trim/model above it is just a little more awesome.

’19 Chevy Corvette as a Daily Driver?

Corvette drivers do whatever they please when it comes to using their Vettes as daily drivers – or not.  But I’d probably stick with summer-only daily driver with the Stingray and Grand Sport.

Because the ZR1 is definitely not a daily driver.  Nope, never.  The same goes for the Z06.  But hey, here in Los Angeles there are plenty of commuters tooling around in some pretty crazy cars as their daily drivers.  So, to each their own.  :0) 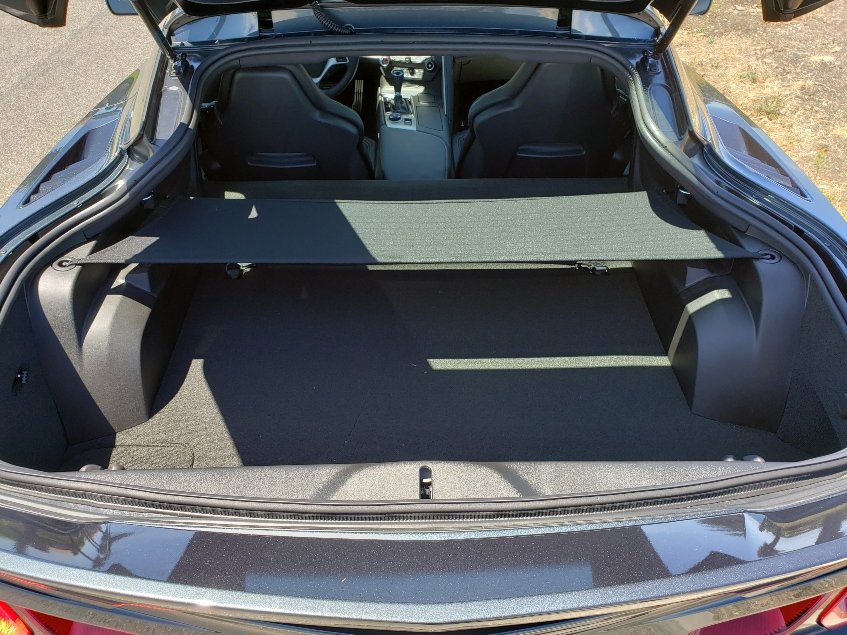 Groceries go here! Just not too much. ;0)

With that in mind, personally, I wouldn’t use any of the 2019 Corvette’s line-up as a daily driver here in LA.  And that’s because LA County roads are terrible.  So not only are the rough LA roads going to put excessive wear-and-tear on the wheels and suspension.  But, the bad roads also make for a bumpier ride.

Now, if I lived in Orange County, then that’s a totally different story.  No problem as a daily driver.  But I’d still limit it to the Stingray or Grand Sport… eh, maybe the Z06 too.

So clearly I’m a big Corvette fan.  Even for the hardcore Ford or Mopar guys that I grew up with… the Chevrolet Corvette always received its proper respect.

And pretty much everyone on the road gave me envious looks as I tooled around LA’s Southbay area in my 2019 Corvette Stingray test driver. 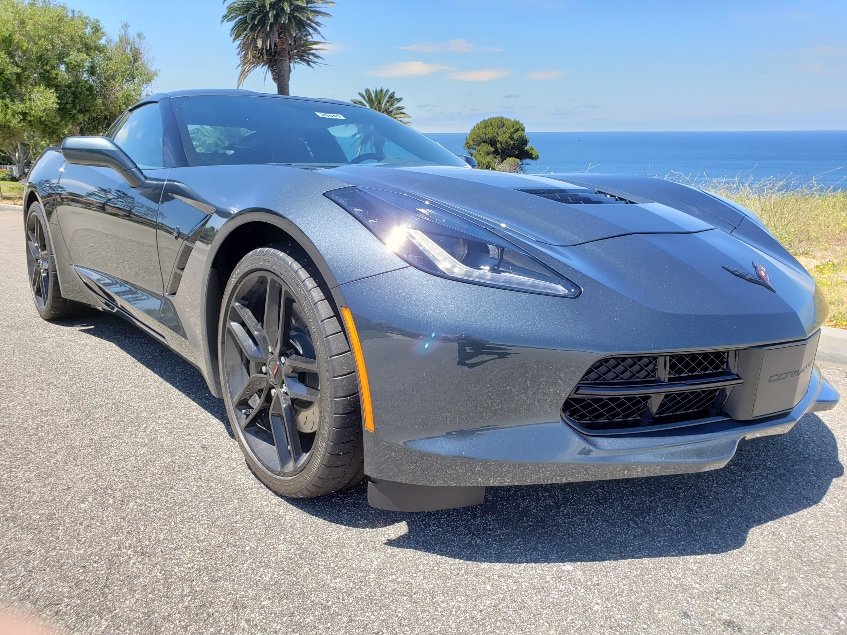 I loved the sound and feel of the rumbling engine.  Especially when in track mode!  You can easily hear the difference when switching into that driving setting.

And the Corvette’s cockpit really couldn’t be more driver-oriented.  I took a couple of pics to clearly illustrate that. 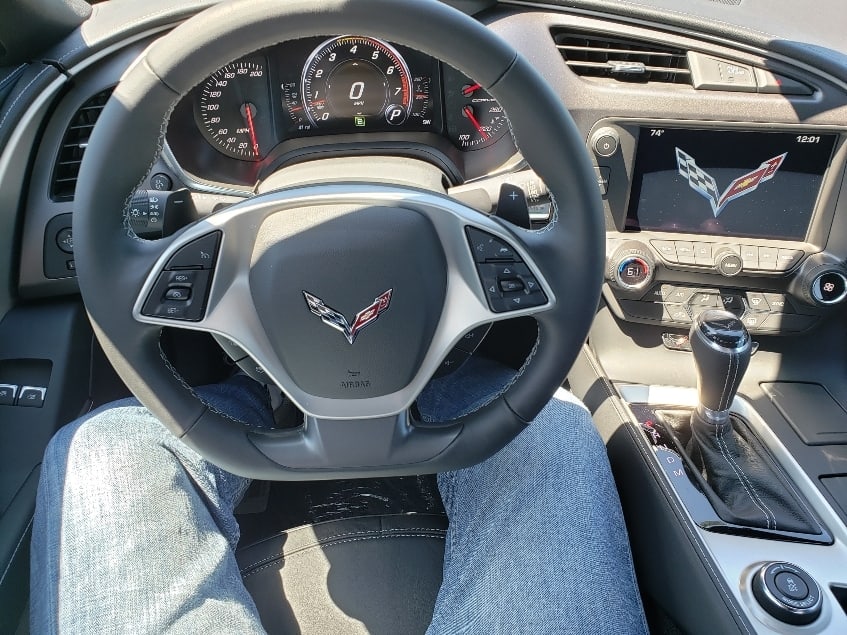 Here are all the toys the driver gets to play in the 2019 Corvette.

As you can see above that the driver has plenty to play within the 2019 Corvette.  And, not so much for the passenger as displayed below.

As a passenger, you get to control your climate and window!

And look a little closer at the center stack below.

See if you can spot the button to the secret James Bond compartment. 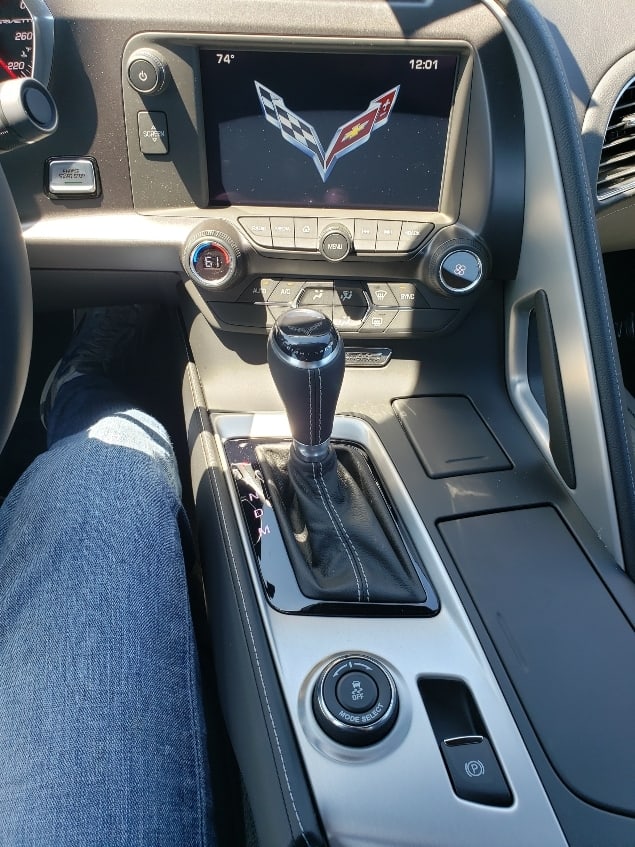 Now cue the opening theme music to your favorite 007 movie. 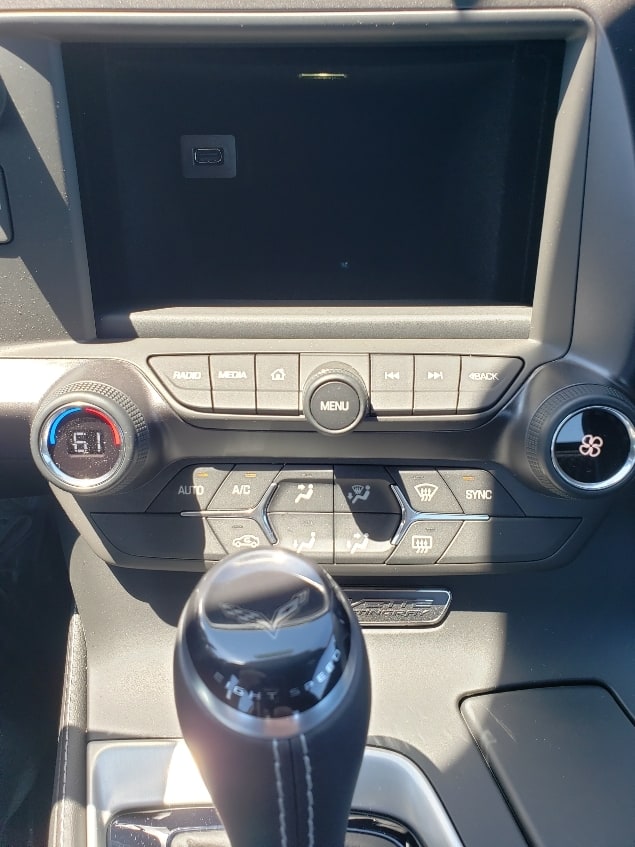 Please don’t get me wrong.  I cannot wait for the 2020 mid-engine Corvette.  It’s going to be incredible.  (And unavailable in manual transmission.)

But I honestly believe that I’ve taken far too long to create this post, perhaps because I don’t want the front-engine rear-wheel drive to be gone forever.

Chevy/General Motors just has to bring it back.  If nothing else then maybe they bring it back every few years with a limited run of production.

Or, maybe, this really is goodbye… 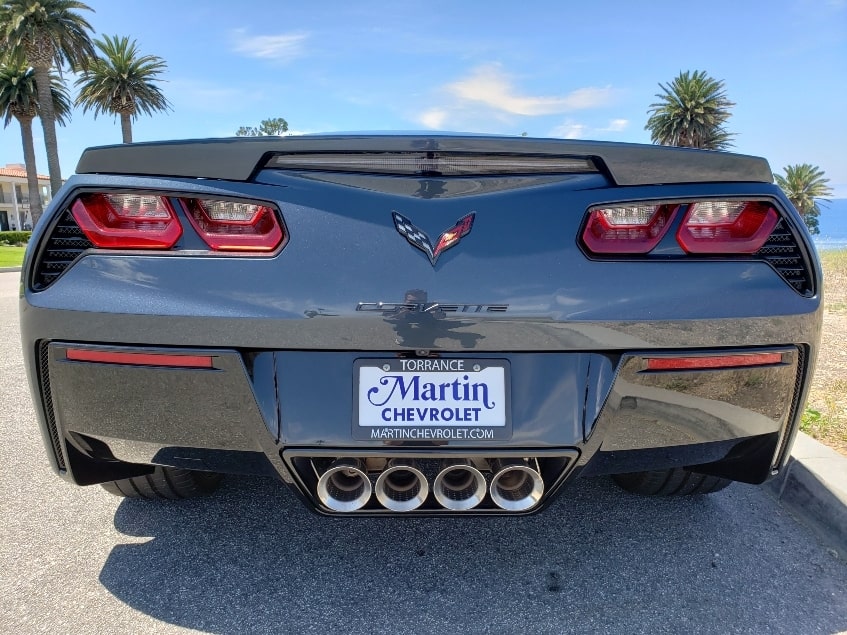 If it is the end and you can afford to put a 2019 Corvette in your garage then now is without a doubt the time to do it.  And go see my friend Lewis Cook at Martin Chevrolet.

Martin  Chevrolet is on Hawthorn Boulevard in Torrance, California, and at MartinChevrolet.com.  Chevrolet, Find New Roads! 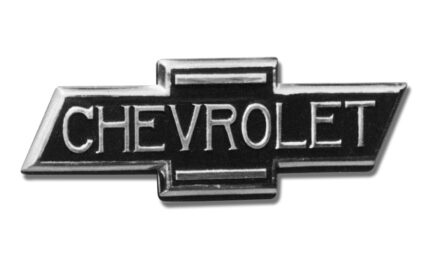 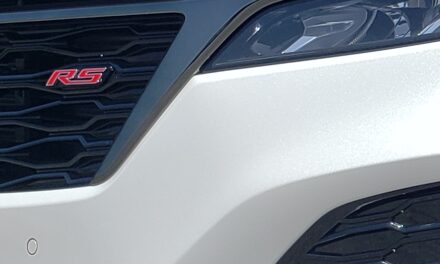 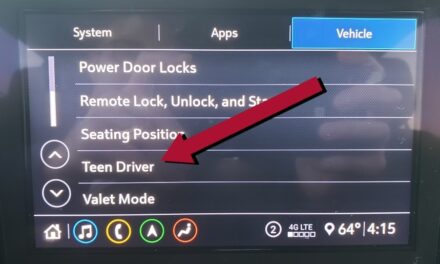 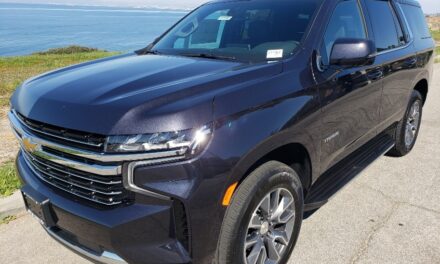