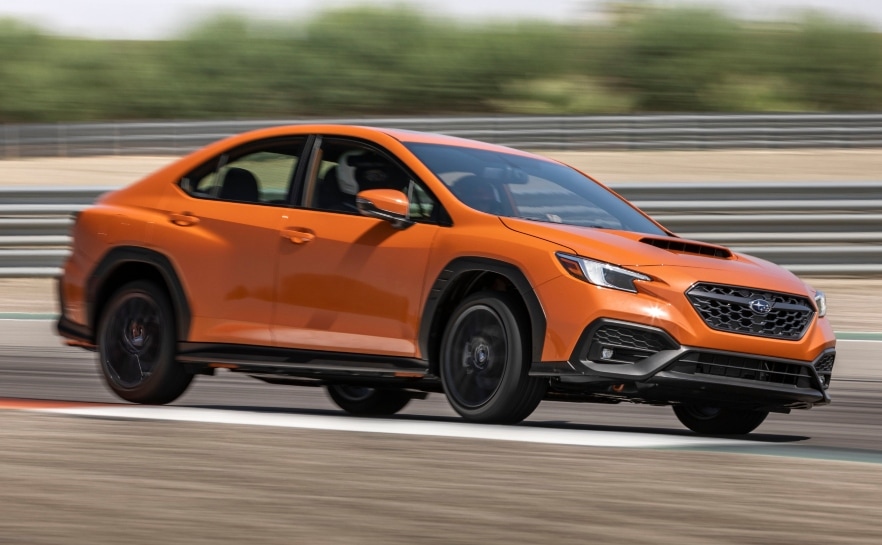 WRX fans have lots to look forward to with the 2022 Subaru WRX.

Packed with power, filled with Subaru’s most advanced technology, and built for serious performance, the fifth generation WRX is sure to turn heads. 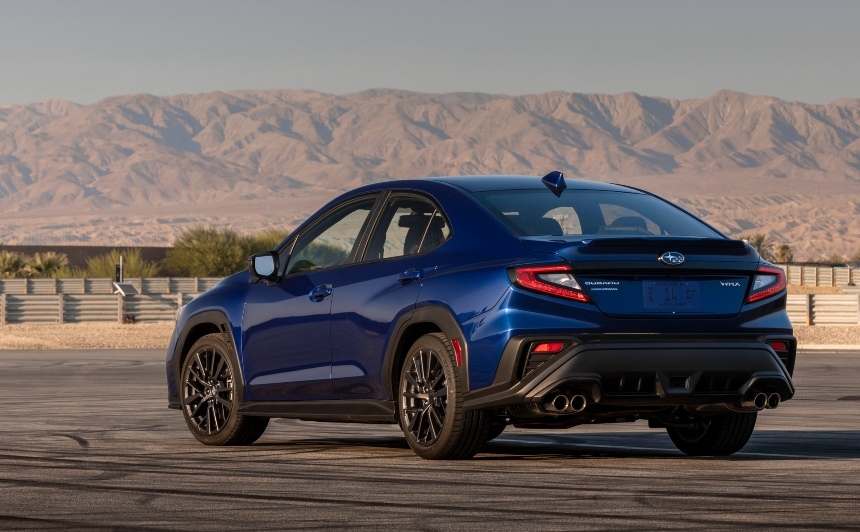 The newest model comes equipped with a 271-horsepower turbocharged BOXER engine. Along with a seriously powerful engine, Subaru added an electronically controlled wastegate and air bypass valves to the turbocharger. These fine-tuning features add even more power and responsiveness.

Next, the car features Subaru Symmetrical All-Wheel Drive, Active Torque Vectoring, and Subaru Performance Transmission. This automatic transmission upshifts 30 percent faster and downshifts 50 percent faster than older models. Further, it comes with a feature called adaptive shift control that can dynamically respond to the driver’s movements. This means the car will react to external conditions like sharp turns or quick stops. Additionally, the car has three different driving modes and an eight-speed manual mode that drivers can control with paddle shifters.

The 2022 Subaru WRX is built on the Subaru Global Platform. Made with performance in mind, the platform uses special adhesives that make the car’s frame more rigid and stable. Consequently, the car handles tight turns with ease and responds quickly to signals from the driver.

Next, there are the summer performance tires. Subaru mounted these on 17- or 18-inch wheels and equipped them with high-performance disc brakes.

The 2022 Subaru WRX has a bold and aggressive look. They’ve kept the trademark hexagonal grille and built deep lines along the front, rear, and sides of the car to emphasize its body. Next, the made the front fenders with aluminum, which reduces the car’s weight. Further, they installed a low-profile spoiler and distinctive head and tail lights.

Subaru also made performance-based changes to the body of the vehicle. First, they added an air outlet at the edge of the front wheel opening, which allows air to flow past the wheels more freely. They also incorporated a new aerodynamic texture to the underside of the vehicle and near the tires for better movement.

The car has a black interior with bright red contrast stitching and carbon fiber accents. There’s a leather-wrapped steering wheel equipped with audio, voice recognition abilities, and EyeSight control. The car uses Subaru’s STARLINK In-Vehicle Technology. As a result, the WRX has a high-resolution touch screen, smartphone integration controls, and the ability to control vehicle settings, such as the car’s HVAC system. Drivers can also upgrade to a top-tier built-in navigation system and a Harmon Kardon sound system. 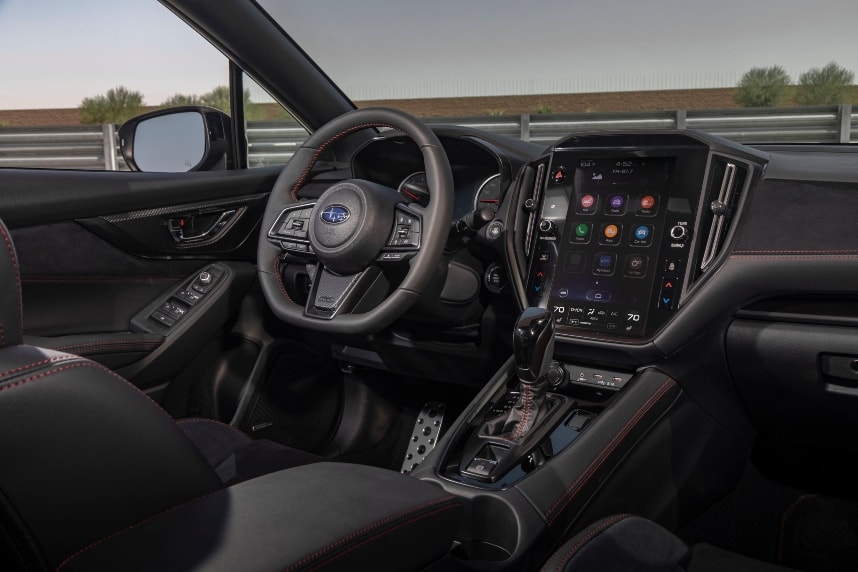 Safety-wise, the 2022 Subaru WRX has its bases covered. The car’s frame is more rigid and strong than ever before, which offers additional protection and better handling. Further, the car is equipped with Subaru’s EyeSight Driver Assist technology. This system include a brake booster for faster stops, a Lane Departure Prevention function, Adaptive Cruise Control, and a new Automatic Emergency Steering feature. Consequently, the car can steer itself to avoid collisions under 50 MPH.

Finally, the 2022 Subaru WRX is available in a new trim option called GT. The GT trim features electronic dampers for better performance. It also has new drive modes with tons of customization options for drivers to choose from. Next, Subaru installed top-of-the-line Recaro seats, 18-inch summer performance tires, and all of Subaru’s current driver assistance features.

The new WRX combines the best of performance, style, and technology. Undoubtedly, WRX fans that have emerged throughout the car’s 20-year history will look forward to getting their hands on the latest model. 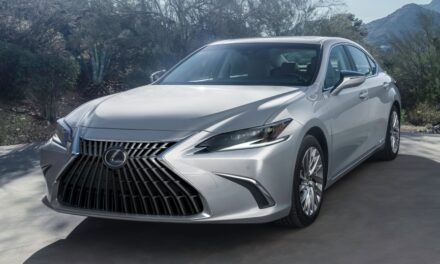 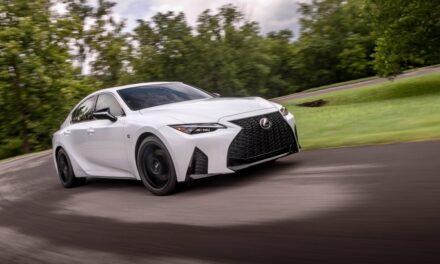 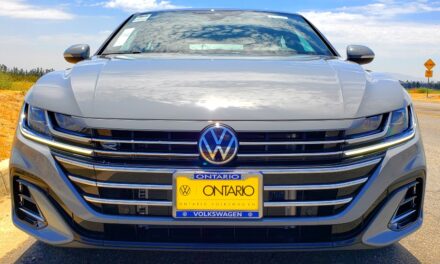