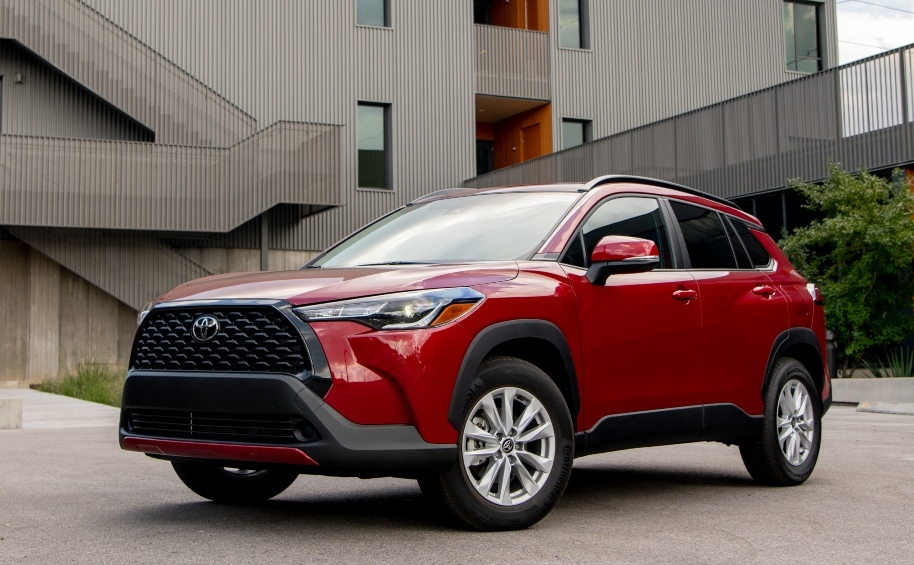 The piping-hot crossover SUV segment is getting an attractive new entry.  The all-new 2022 Toyota Corolla Cross has just arrived.

In fact, Corolla has been on sale for more than 50 years now and has attracted more than 50 million buyers in that time.  So, Toyota felt that it was the perfect time to build out the Corolla family just a bit more.

The Corolla Cross is the third Corolla in the family after the hatchback joined a few years ago. It features a whole new size, shape, and some outstanding features.

Bridging The Gap With A Winner

The Corolla Cross isn’t the typical crossover.  Because Toyota says that it offers “small crossover drivability and large crossover functionality.”

And from everything we’re seeing here, that rings true.  For instance, the Corolla Cross sits on Toyota’s TNGA-C platform with both front or all-wheel-drive configurations.

Also, we expect the combination of power and Corolla-like handling to be a really lovely combination.

The Corolla Cross comes in three different trim levels.  We’re pretty impressed at what buyers get for the base L model’s $22,195 asking price.

It comes with 17-inch wheels, a 7-inch infotainment screen.  And many additional features are standard; Amazon Alexa, Android Auto, and Apple CarPlay as well as a 4.2-inch driver information display.  Plus, remote keyless entry, two USB ports, and LED headlights, and tail lights.

Step up to the LE and the infotainment system grows to 8 inches.  Automatic climate control, roof rails, and a leather-wrapped steering wheel are added as well. 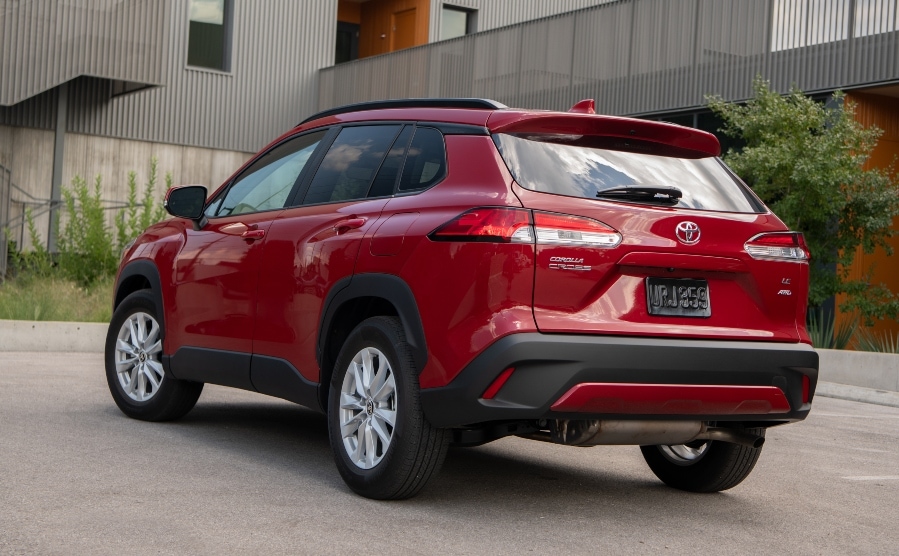 Toyota continues to push the industry forward when it comes to safety and the Corolla Cross is just one more example of that.

It features Toyota SafetySense 2.0 across the lineup.  That means that every single Corolla Cross will come with full-speed adaptive cruise control.

For buyers who want even more safety, they can add options like blind-spot monitoring and rear-cross traffic alert (standard on LE and XLE).

XLE models also get automatic braking and rear-park assist features. It’s clear that while the Corolla Cross might be new, it’s learned a lot about being successful from its namesake sedan.

Finally, the 2022 Toyota Corolla Cross redefines what we’ve come to know as Corolla.  Because 8″ of air between the bottom of the vehicle and a flat surface is unheard of for “Corolla.”

Sure there have been Corolla iterations in the past.  Even including a wagon…  But now we’re in SUV territory.

So the big question is how the 2022 Corolla Cross will fit in Toyota’s sales lineup with the RAV4, C-HR, and Venza. 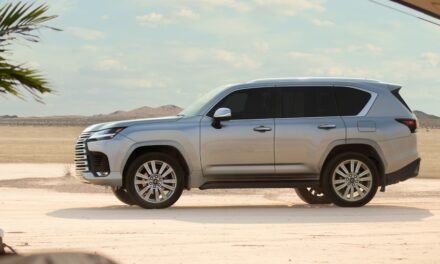 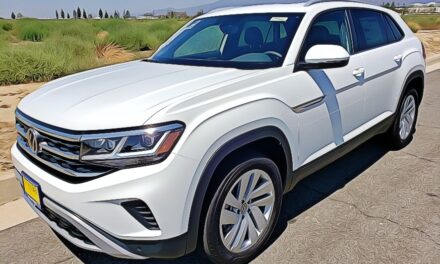