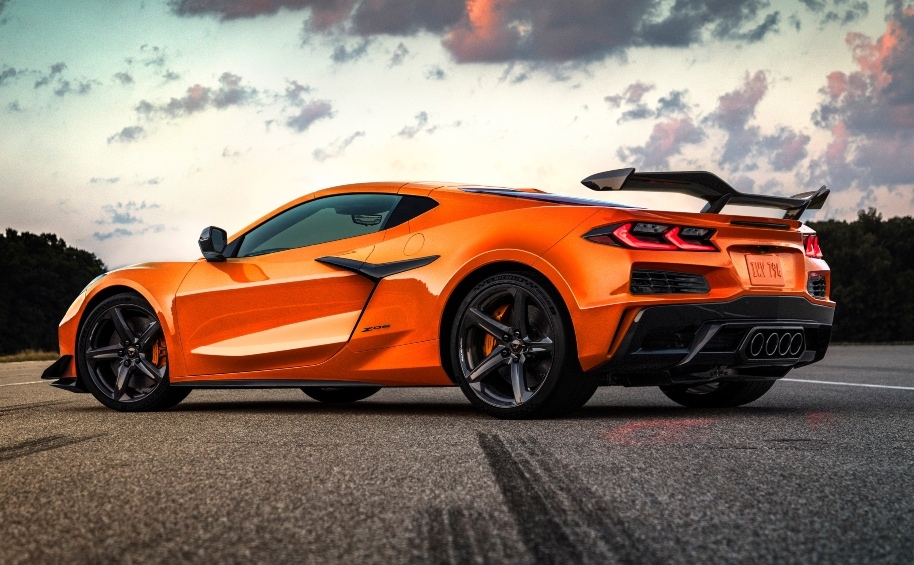 The Corvette has always been America’s sports car but thanks to the latest developments at Chevrolet, it might officially be America’s supercar.

That’s because Chevy just provided the 2023 Corvette Z06 reveal, a 670 horsepower salute to speed!  According to Chevrolet, they’re putting the world on notice and we’d have to agree. 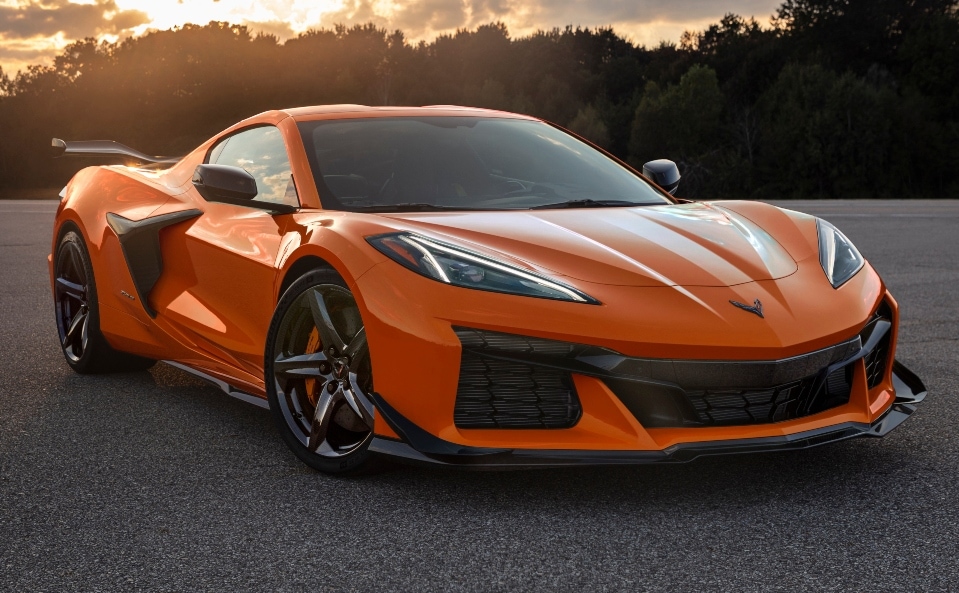 Past iterations of the Z06 tended towards using the same powerplant as the normal Corvette, albeit with some tweaks… or maybe a supercharger added.  That’s not the case for the C8.

Of course, it also makes 670 horsepower, a figure that dwarfs the Stingrays 495 hp.  Interestingly enough, both engines make around 495 lb-ft of torque.

But, how did Chevy manage that much more power?  And why isn’t there more torque on tap?  Well, the goal was to make the Z06 perfect on the track.

To that end, Chevrolet built the 5.5-liter engine with a flat-plane crank.  That allows for faster engine speeds and more power.  At the same time, it doesn’t really add torque, just horsepower. 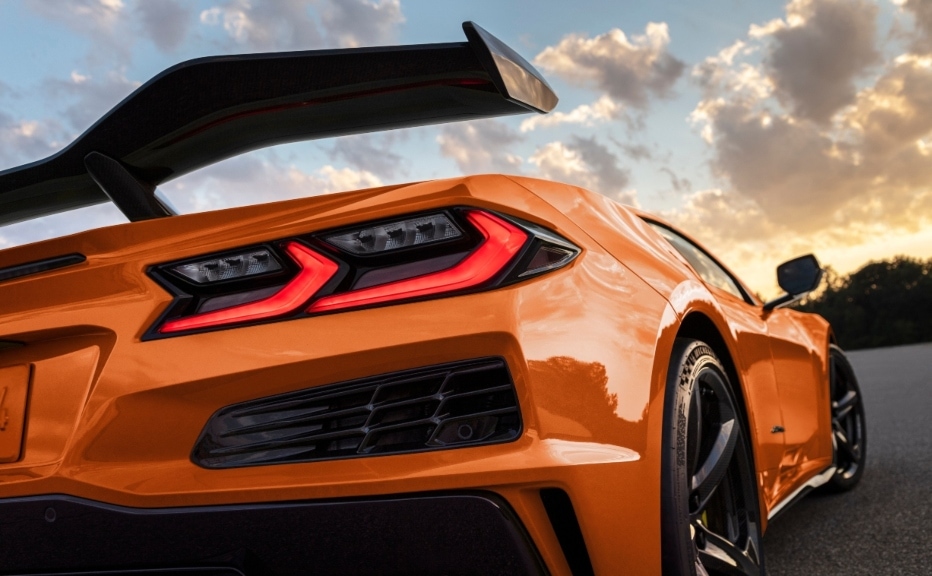 The new Z06 might look completely wild but we assure you, it’s not just for show.  Chevrolet reps say that “almost every exterior detail unique to the Z06 serves a purpose for aerodynamics, handling or cooling, with styling cues that accentuate the car’s sense of motion.”

That includes making the stance 3.6-inches wider to accommodate 345-section width tires.  Plus a totally unique front and rear fascias.  Additionally, track-centric suspension tuning, and a bevy of parts that are dedicated to helping you go faster!

For the first time, the Z06 is offered with available carbon fiber wheels.  Buyers can also get it with a special Z07 package that adds up to 734 pounds of downforce at 186 miles per hour.

And it does that through the use of a massive carbon fiber spoiler, ground effects, and canards at the front of the car.  Shockingly, none of these additions make it less practical for street use.

So, that giant spoiler is built to provide just enough space for the rear decklid to be opened, revealing the same trunk space available in the regular Stingray Corvette.  And the interior is ultra customizable too with seven different colors available, three different seating options, and even three different seat belt colors. 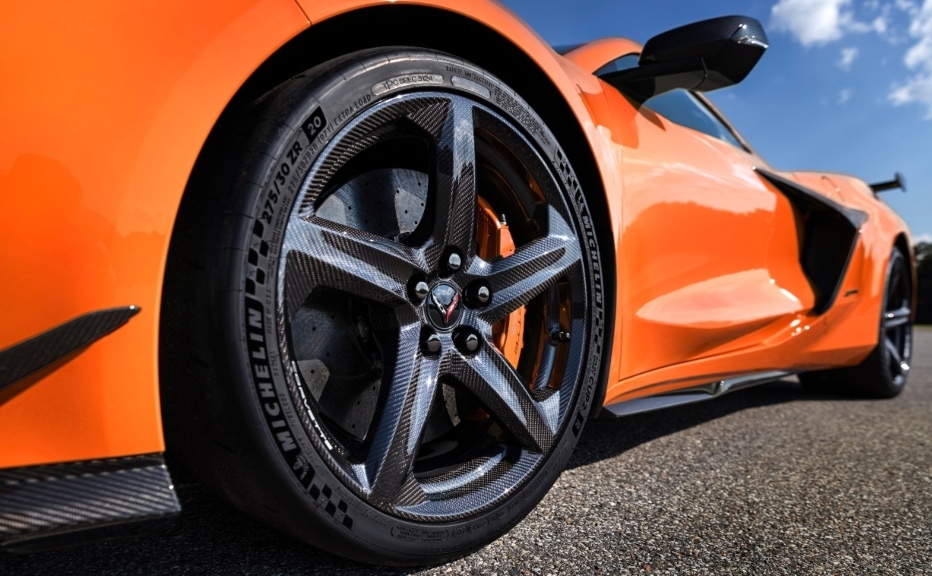 While Chevrolet hasn’t released pricing figures as of yet.  That hasn’t stopped the journalist-guessers from pontificating about what they might be.

And from what I’m seeing the starting manufacturers suggested retail pricing is being targeted (again guesstimated) around $90,000 to $95,000.

So, if that’s about accurate then that means the Z06 will be around $30,000 more than the base-model Stingray.  Because Stingray’s starting MSRP is around $61,000.

Regarding performance, Chevy had the below placard displayed at the LA Auto Show.  And it states a blistering zero to sixty time as well as quarter-mile. 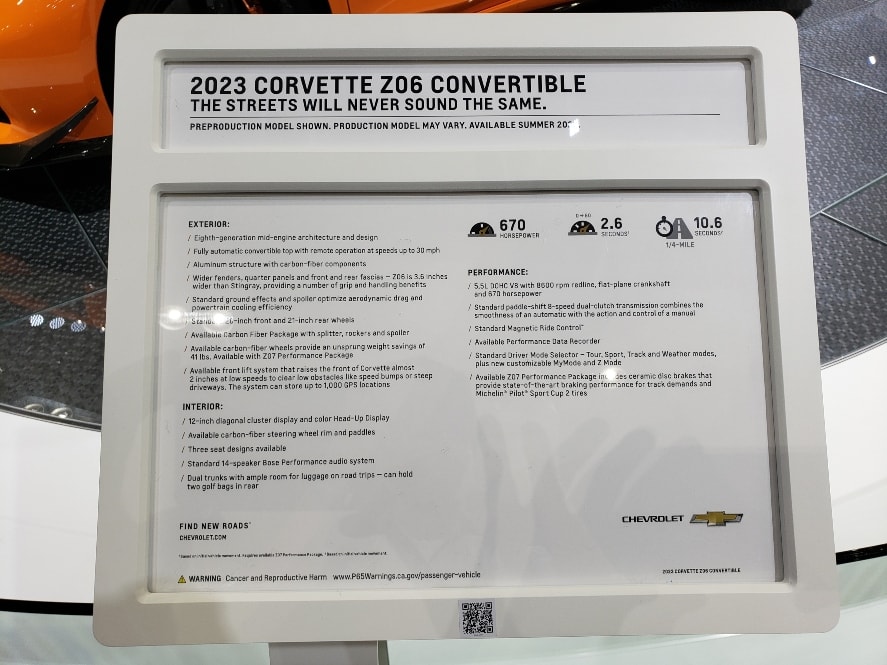 0 to 60 MPH and Quarter Mile Stats

However, the Stingray appropriately equipped will do zero to 60 in 2.9 seconds.  So… $30k extra for a few-tenths of a second?  Perhaps that’s the glass-half-full view of the situation.

Regardless Chevrolet will have no problem selling out of every Z06 that it makes – I’d put money on that bet.  The vehicle is shockingly beautiful and aggressive at the same time.  And it’s a true American supercar.  Mass-produced (to be) on top of it all.  Impressive for sure.

Finally, a huge thanks in advance to our friends at Martin Chevrolet in the Los Angeles suburb of Torrance, California.  They’ve agreed to gift a 2023 Chevrolet Corvette Z06 to iDriveSoCal.  And we greatly appreciate and accept their generosity.

The gift part is me dreaming and not at all true – although we certainly wouldn’t turn down such a gesture. :0)

But seriously, for all your Chevy needs – that’s the place to go.  See my friend Lewis Cook who’s the general manager.  Who knows, if enough people mention the gift as a joke it might just happen?!?!?