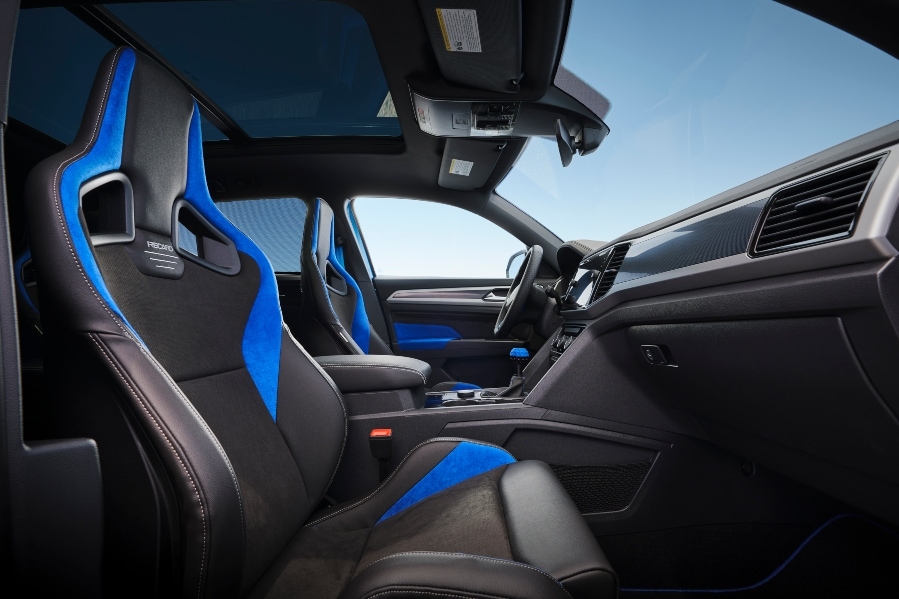 Built to stand out in the performance SUV market, the vehicle comes with a powerful engine, bold styling, and all kinds of interior comforts. This is what we have to look forward to with VW’s latest release. 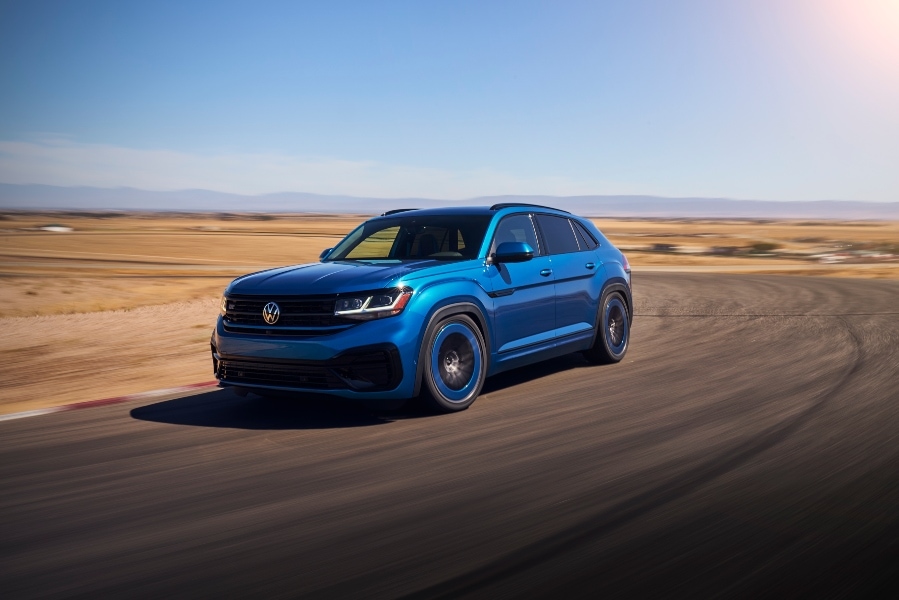 To develop the Atlas Cross Sport GT, VW enthusiast and brand ambassador Jamie Orr used the 2021 Atlas Cross Sport SEL Premium R-Line as a base. Therefore, the vehicles share some similarities. But the Cross Sport GT also has the Golf R’s 2.0-liter TSI engine, which generates more than 300 horsepower. That feature is responsible for the SUV’s power and excellent handling. 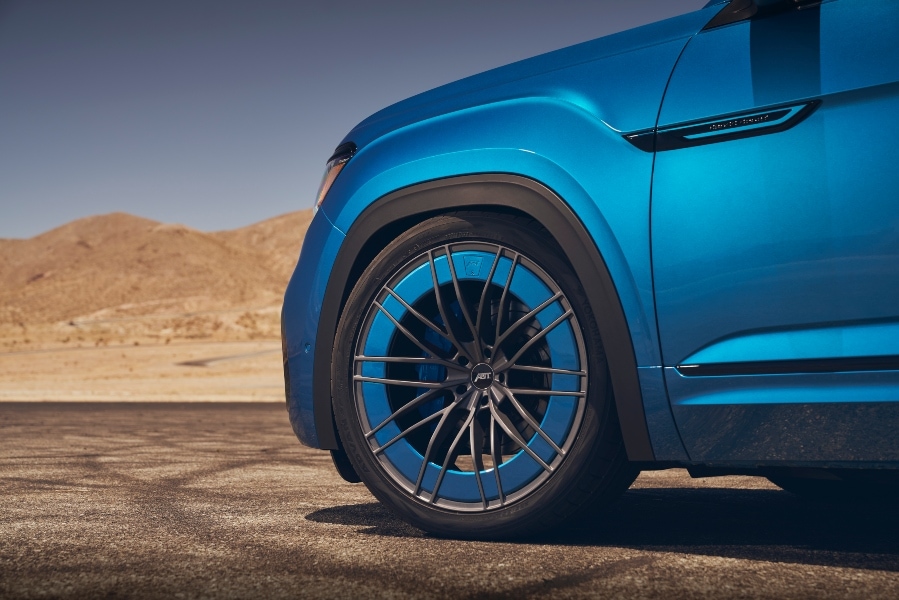 The Atlas Cross Sport GT has a distinctive, head-turning look. Although it’s an SUV, it has a sleek body and a low profile, like the Golf R or Golf FTI. Then, there’s the color. VW developed a special shade of blue, called Kingfisher Blue, which has been exclusively used in Europe until now. The royal blue shade shows up in design accents on the steering wheel, gearshift, seat belts, floor mats, and door panels. 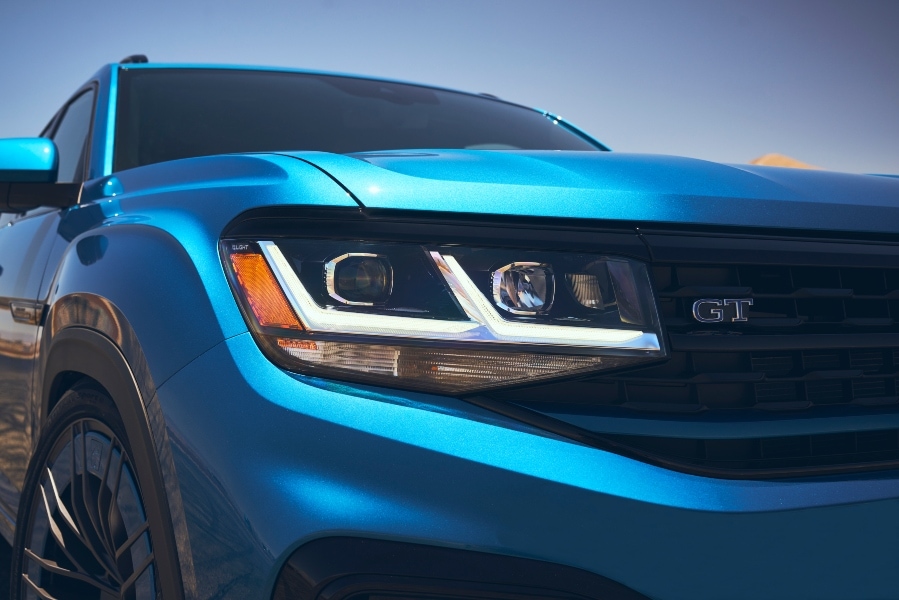 Just a concept? Or testing the market?

Next, there are the Recaro Sportster CS seats, which are black with Kingfisher Blue trim. VW removed the rear bench to make room for these custom seats, so the car can hold four passengers. They also included a rear center console, which has plenty of space for storage and built-in charging capabilities. There are badges throughout the car that can only be found in the Atlas Cross Sport GT model. 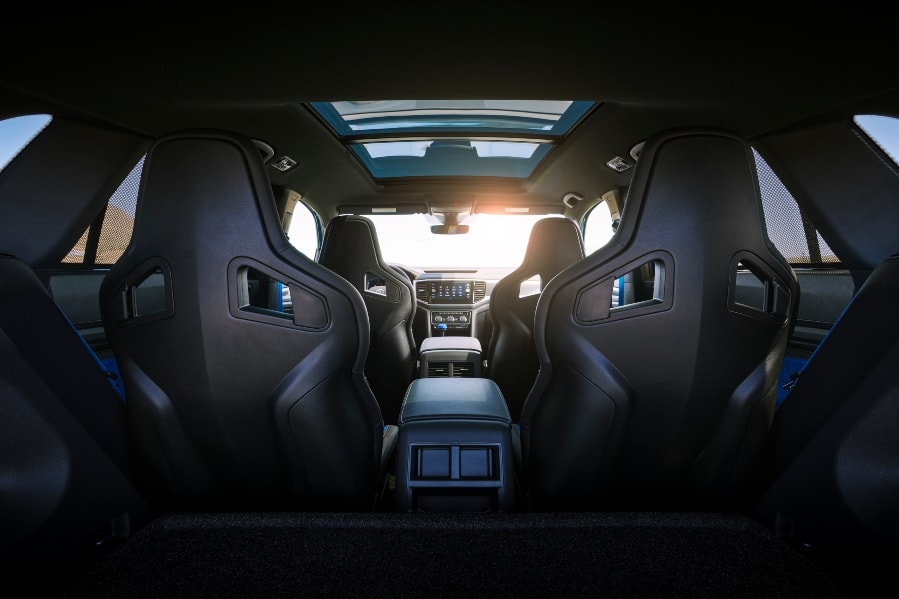 The concept car made its debut in Chattanooga, TN this year. The vehicle will be on display at several events throughout the rest of the year.

Customize Your Volkswagen At Ontario VW

Although the Atlas Cross Sport GT is a concept only.  Our friends at Ontario Volkswagen are not only huge VW enthusiasts but also experts in customizing.  And that’s whether you want to enhance performance or just the appearance. 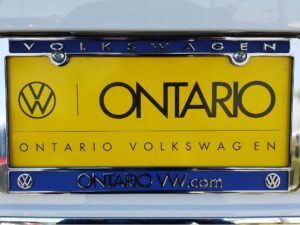