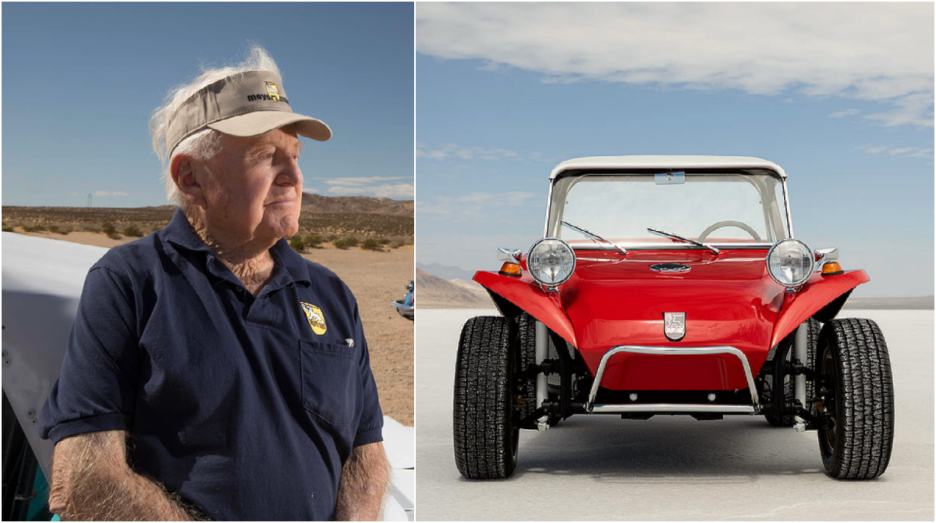 Volkswagen legend Bruce Meyers passed away at the age of 94. His colorful life included many accomplishments. But he’ll always be remembered as the inventor of the iconic Meyers Manx, a VW-based dune buggy built for adventure.

VW’s ID.4 EUV will be arriving at Ontario Volkswagen soon.  And as recent as 2019 VW teased an ID.Buggy – EV.  Could that be in the works?  Stay tuned.

Meyers was a car guy from the start. His father was a well-known car dealer in Southern California. During World War II, Meyers left his beachside home to join the Merchant Marines. He had some hair-raising experiences while serving aboard USS Bunker Hill, which was hit by Kamikaze bombers in 1945. 400 of his crewmates were lost. Incredibly, Meyers survived and saved others from the catastrophe. 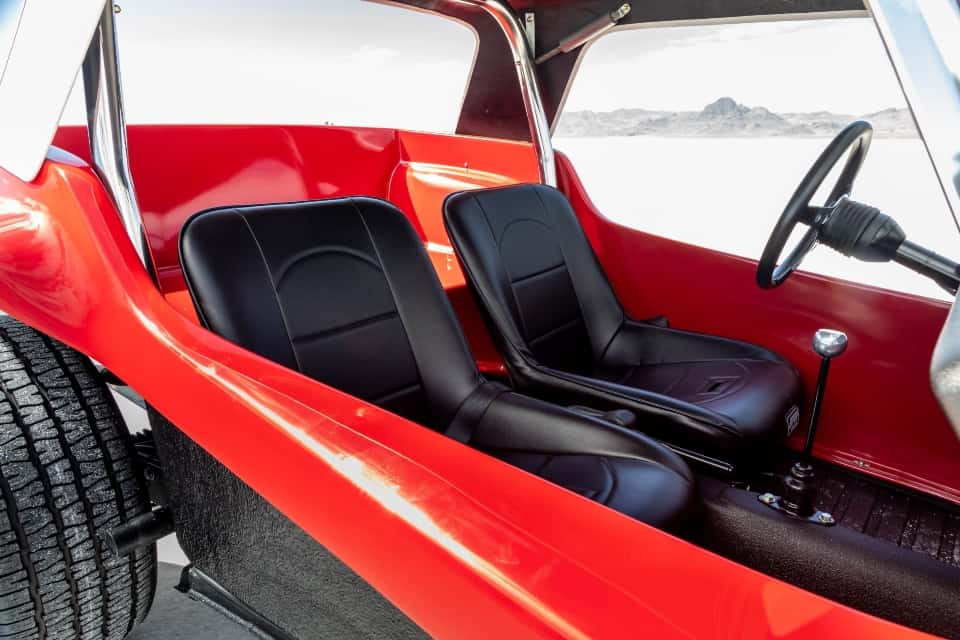 After the war but before his VW dune buggy days, Meyers went to art school. He also started tinkering with fiberglass, which was a novel material with all kinds of uses. When he wasn’t experimenting and studying, Meyers stayed true to his California roots. He surfed often and hit and the beach with friends.

Playing on sand dunes was a popular pastime. To navigate the steep, sandy slopes, Meyers noticed that people used altered Volkswagen Beetles. That’s when the idea for the Bruce Meyers dune buggy was born.

Inspired by the vehicles he saw on the beach, Meyers designed and built a buggy of his own in 1964. He used the VW Beetle’s floorplan and running gear as a basis. First, he added functional elements to the vehicle, like a hand-built fiberglass top and chrome headlamps. Then, drawing on his artistic background, he gave the buggy a fun hotrod flair. 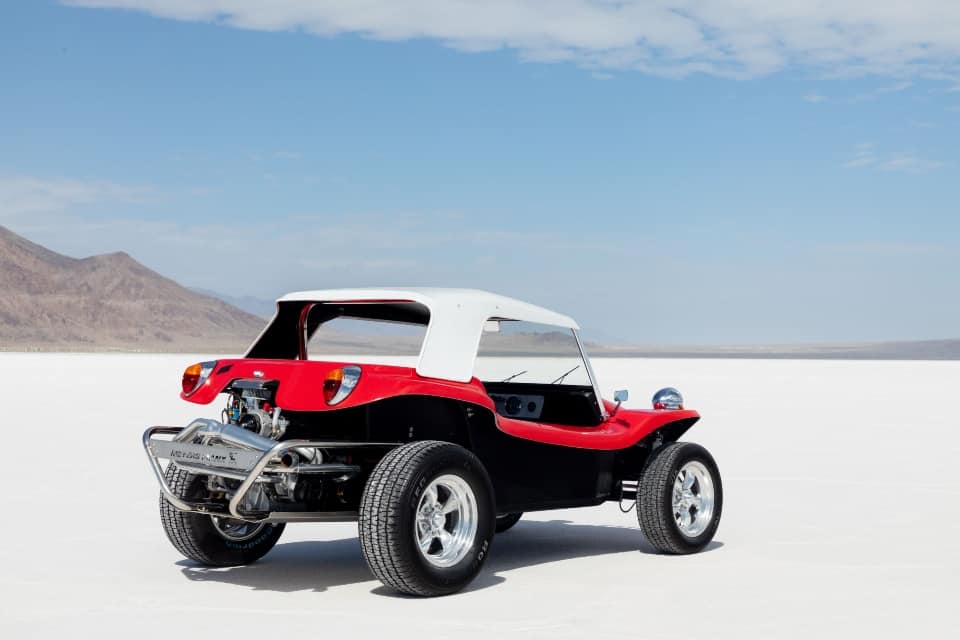 Bruce Meyers dune buggy was an eye-catching hit. He headed to Mexico with friends, where he impulsively entered and won a race with “Old Red”.

From there, its popularity grew to the point where Meyers started his own dune buggy company. Ultimately, Meyers Manx produced 7,000 vehicles based on the VW Beetle. Although his authentic buggies were scarce, copycats jumped on the idea. More than 250,000 Manx-inspired buggies have been made since. 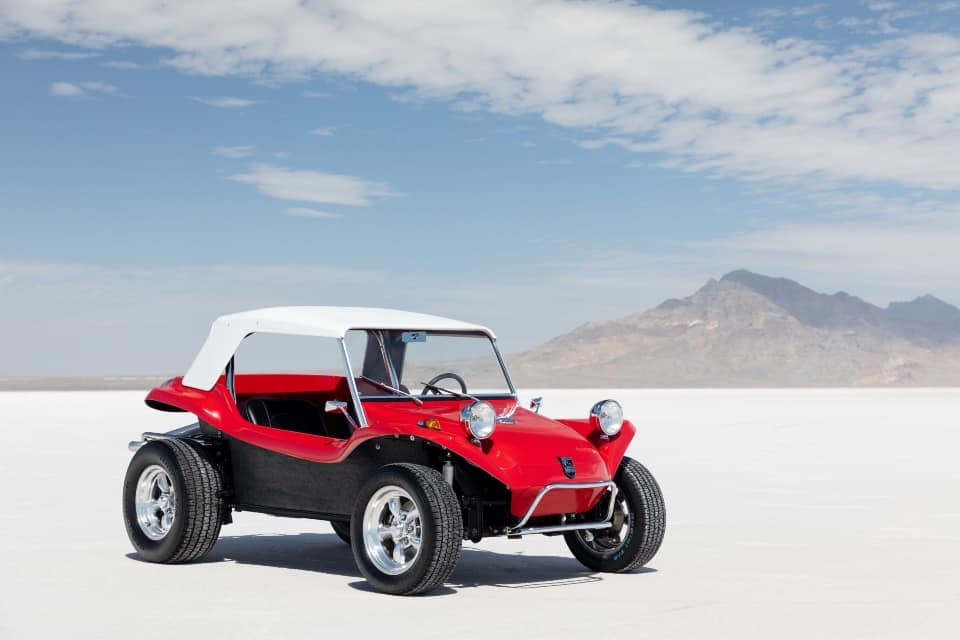 Only about 7,000 original Meyers Manx buggies were made.

Sadly, these knock-offs forced Meyers to shut down his business. But that didn’t stop him from creating a final version of the Manx. This new version was also based on the Volkswagen Beetle but had space for four passengers instead of two. And in 2014, “Old Red” earned a spot on the National Historic Vehicle Register.