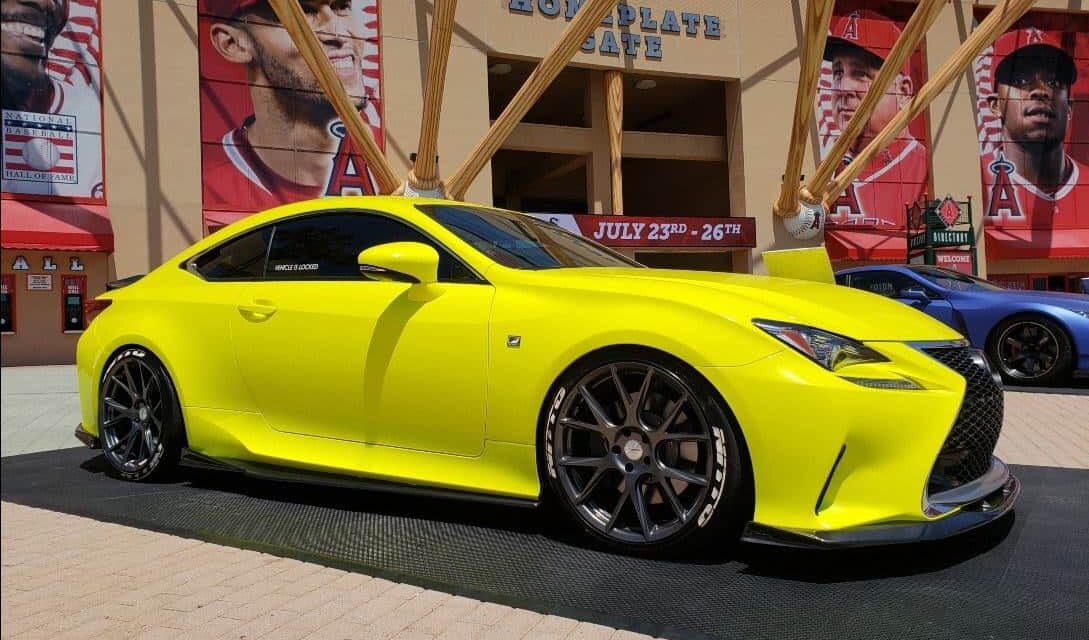 Southern California is the home of the Import Tuner Scene; yet another reason the region is the car capital of the world!

Sorry Detroit, Southern California is the automotive capital of the world for many reasons – and here’s another one, SoCal is the home of the Import Tuner Scene.

Personally, I didn’t grow up in it.  But iDriveSoCal’s Professor, Clinton Quan, experienced all of it. From the first tuned Japanese imports to the seemingly neverending blockbuster movie franchise – The Fast and the Furious.

Click play below to hear how the Import Tuner Scene developed and evolved here in Southern California and then took on the world.

Home of the Import Tuner Scene

Clinton Quan: You’re talking about the Japanese cars, which really made the import tuning scene. The Toyota Celica, the Toyota MR2, the Honda Prelude, even the Honda Accord Coupe, the Nissan 240SX, the Mitsubishi Eclipse, the Mazda MX6.  I mean honestly, who would ever thought that there’d be seven Fast and the Furious movies?

Tom Smith: Welcome to iDriveSoCal the podcast. All about mobility from the automotive capital of the United States, Southern California. Tom Smith here with our pal, the Professor, Mr. Clinton Quan. Say hello, Clinton. 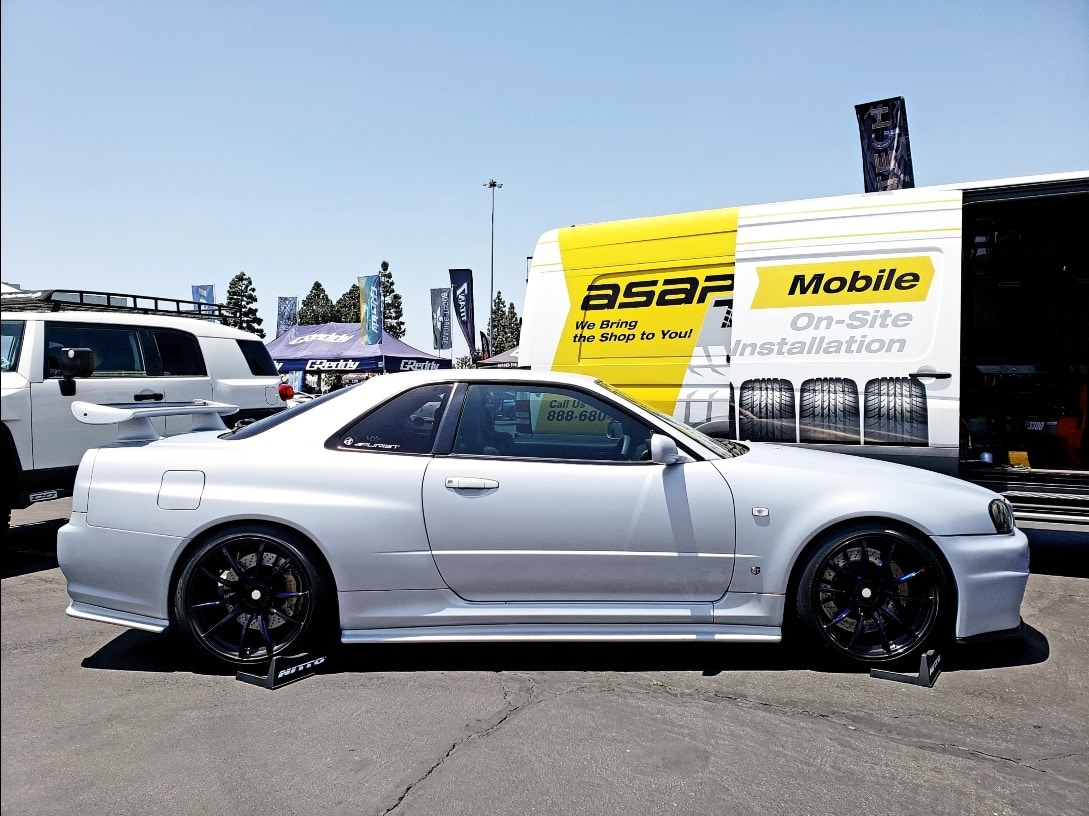 The Professor was pointing out to me something that makes a lot of sense. It predates my living here in Southern California, but he experienced it, he lived it and that is the import tuning scene, right? Professor, why don’t you kind of take it away because I have a bunch of kind of yes and to add, but as I mentioned, I wasn’t here for it so I don’t have that firsthand experience that you do.

“I mean honestly, who would ever thought that there’d be seven Fast and the Furious movies?”

Clinton Quan: Yeah. It really started in the early to mid-90s and I remember growing up in… when I went to junior high and high school, if you look back, these were some of the most popular cars back then.

The Fast and the Furious – Import Tuners & Drifters

You’re talking about the Japanese cars, which really made the import tuning scene. Cars such as the Toyota Celica, the Toyota MR2, the Honda Prelude, even the Honda Accord Coupe, the Nissan 240SX and they had both a fastback and a coupe version of that. The Mitsubishi Eclipse, the Mazda MX6.

Tom Smith: Does that include the late 80s?

Clinton Quan: Yeah, we could include the late 80s as well.

Tom Smith: The cars at that time, the Japanese cars anyway, and I guess the other cars too, they were kind of getting smaller.

Tom Smith: In the Midwest, I had a buddy that had had a Toyota MR2 and man was that fun to drive. A little go-cart. What about the… was it the Honda-

Tom Smith: Yeah. The first Civic that… the first, the two-door Civics, remember they had the kind of bubbly blacktops or bubbly-

“Cars such as the Toyota Celica, the Toyota MR2, the Honda Prelude, even the Honda Accord Coupe, the Nissan 240SX and… The Mitsubishi Eclipse, the Mazda MX6.”

Clinton Quan: Well, speaking of that, I remember one of my classmates in high school, he had one of those… the Civic hatchbacks.

Tom Smith: One of those Civics. Yeah. With that whole genre, right? The late 80s, early 90s, that kind of started the tuning scene here in Southern California and the tuning scene which spawned into what eventually the Fast and Furious movie series, right?

Clinton Quan: The first one was released in 2001 and now we have what, seven of them?

Clinton Quan: One of the most successful movie series.

Tom Smith: Very profitable franchise. I think I’ve seen 20-minutes of one or two of the movies, but whatever. I’m not the demo.

But nevertheless, it’s yet another reason why Southern California is the automotive capital, the United States and the world is that our car culture spawns these kinds of things. Right?

Clinton Quan: These were some of the really iconic vehicles of the early to mid-90s and unfortunately nowadays with the popularity of crossover and SUVs, you don’t see vehicles like these anymore.

I remember growing up, these were the cars that everyone wanted. It’s not surprising that the import car tuning scene really started here in Southern California and especially in the South Bay where there’s a big Japanese community in Gardena and nearby in Torrance.

Tom Smith: How did you experience it? How did it start?

Clinton Quan: Well, I didn’t really experience it directly because I didn’t grow up in the South Bay, but… and I didn’t have a car back then.

Tom Smith: You grew up in the valley?

Clinton Quan: Yeah, I grew up in the valley, but I was a huge car enthusiast growing up and I would see it just driving, going around in my parents’ car.

“It’s not surprising that the import car tuning scene really started here in Southern California and especially in the South Bay where there’s a big Japanese community in Gardena and nearby in Torrance.”

I remember just wherever they drove I would look out the window and I would see all these really cool cars and that’s why I always wanted a sports coupe.

Just from reading all the different car magazines. In fact, I think the very first car magazine I got, it was a Car and Driver and they had a road test of the Acura Integra.

It was the second-generation Integra and I remember that was such a cool car and I wanted that car.

From Import Tuning to Drifting

Tom Smith: Now the Integra and then the Nissan, was it the 240 and the M2? Were those rear-wheel drive cars? I know my Prelude Si was front wheel drive.

Tom Smith: The reason why I ask is because from the tuning scene, correct me if I’m wrong, came the drifting scene. 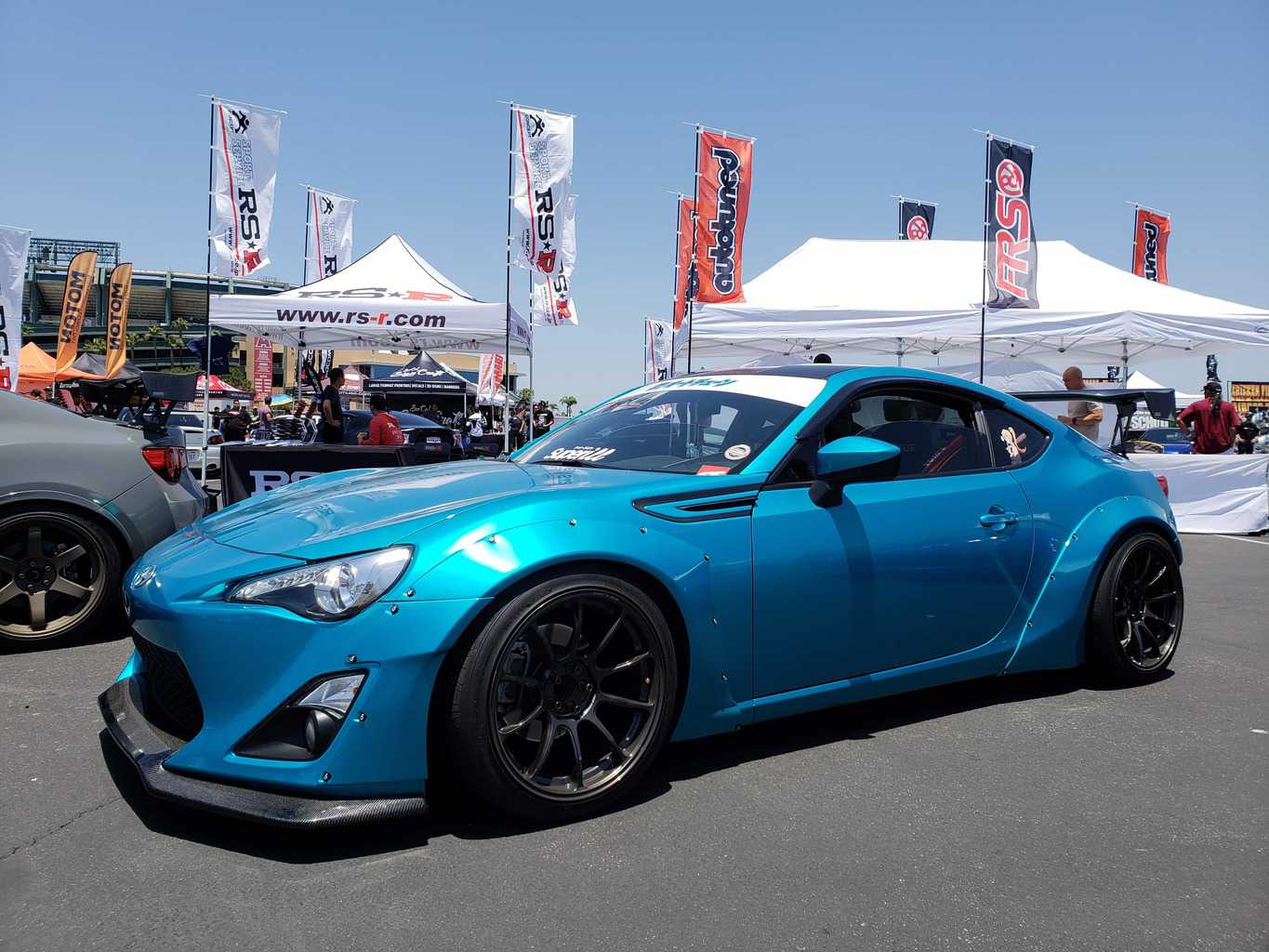 Tom Smith: The reason why I bring that up is because when I did the podcast with Harry Kong from Nitto tires and they’re big auto enthusiast day, which we went to down at Los Angeles Angels Stadium of Anaheim, Los Angeles.

Clinton Quan: It is. Absolutely. Yeah.

There’s some awesome product out, especially now that is front wheel drive, but just the ability to slide the back end and feel that.

I just love that. I don’t know, I don’t know that I’ll ever not love it. Even overall wheel drive.

Tom Smith: Do you see that coming back? We were just talking in the other podcasts that we did about the Supra coming back.

Clinton Quan: Oh, I’m sure that… Yeah. I’m sure the Supra will be rear wheel drive.

Clinton Quan: In terms of rear wheel drive, I see that coming back for enthusiasts’ vehicles.

Whether it’s a sports coupe or a sports car, like the Supra or the Kia Stinger, which is a rear wheel drive car. Whoever thought that Kia would come out with a vehicle like that?

Something… a Gran Turismo styled vehicle, which is becoming really popular now, not just as a sports sedan, but as a family sedan.

Clinton Quan: With that sloping back. Even the Honda Accord’s… the current ones has that same type of profile.

Clinton Quan: That’s not a rear-drive that, that’s front-wheel drive, but if other automakers follow, if Kia is successful then maybe they’ll come out with more rear wheel drive cars like that.

Tom Smith: That is a front wheel drive vehicle.

Tom Smith: I haven’t driven it yet. It’s such a hot car.

I haven’t been able to drive it yet and I keep on bugging David Latif my buddy out there that’s the general manager, like, come on man, let me drive one!

Southern California is the Car Capital of the World

It’s just such a hot car. Such a difficult car to get. My thing is, man, if that was a rear wheel drive car I would be all over it from a buyer perspective. I mean, even though I’m a new dad, I’d be like, I’d fit my son’s babysit back there somehow.

Clinton Quan: Yes, you could.

Tom Smith: At any rate and enough about a rear-wheel drive, I suppose. 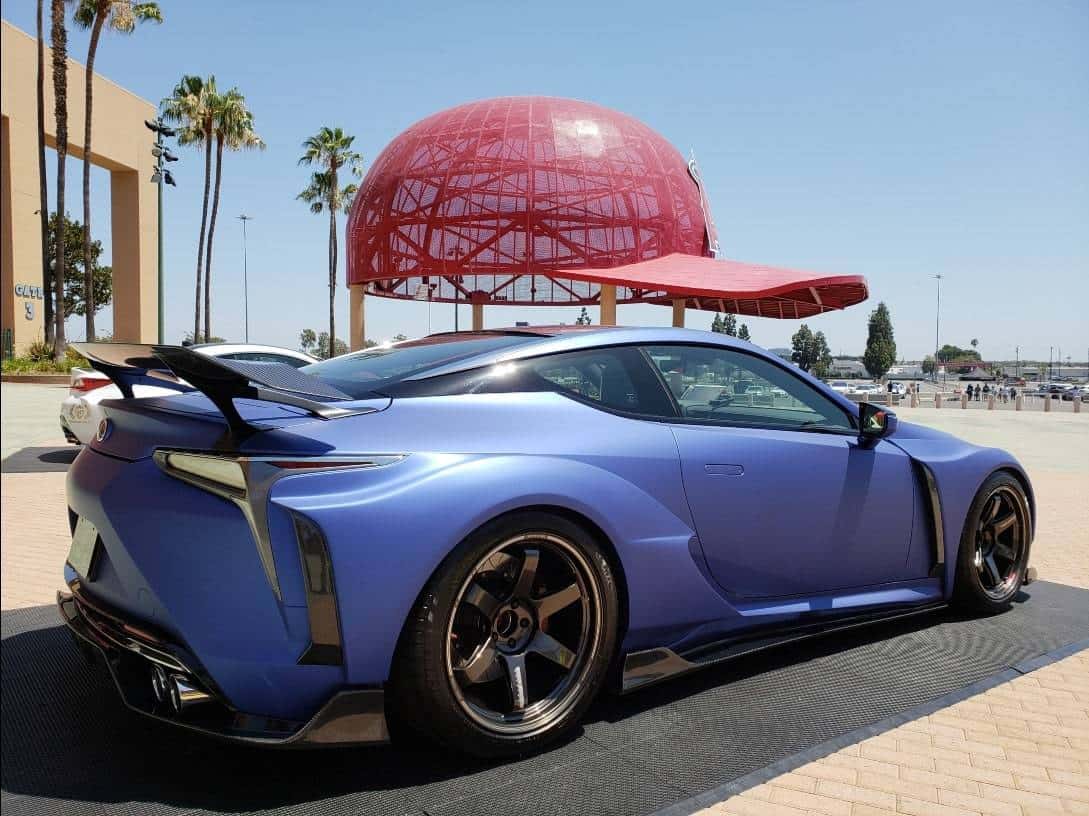 Another parallel to that is the hot rod scene. We’ll talk about that in a different episode. What else to add about the import tuning scene?

Again, this is your story. In the Midwest, we see these trends in the suburbs of Chicago. We see these trends and I think probably 10 years after they happen out here, if that, maybe 12, 15 years quite honestly.

Clinton Quan: I would just say it’s hard to… I don’t want to… It’s hard to underestimate the importance of the scene.

Clinton Quan: I don’t think a lot of people realize how big of an impact it’s had on not only car culture here in Southern California, but all over the world.

Because we really set the trends and these cars, they’re in museums, cars from Fast and the Furious, and you see him at car shows displayed all throughout Southern California.

When people, when we look back in another 10, 20 years, we’re going to look back and say, “Wow, this is just been such a huge impact on the Southern California automotive scene.”

Tom Smith: Yeah, and it’s crazy too when you think about it, it’s like, okay, that… let’s call it the early 90s.

Tom Smith: Some guys start tinkering with their import cars and fast forward 10 years. It’s made it into a motion picture. 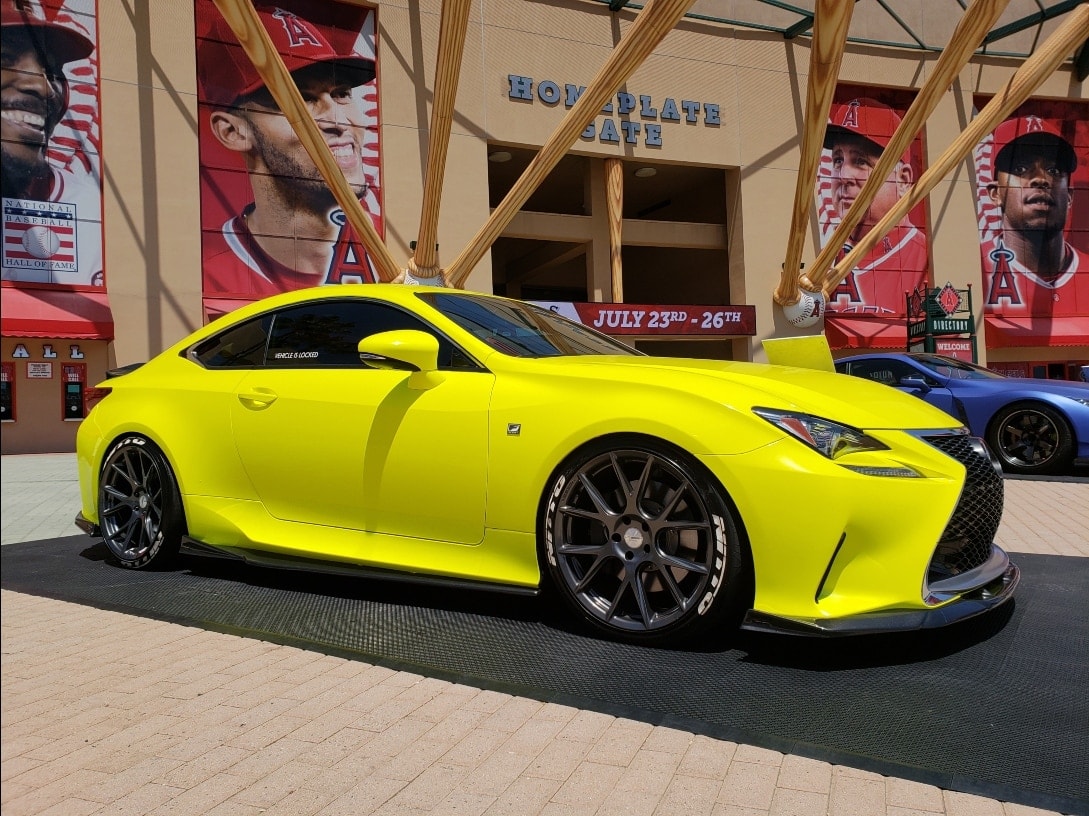 Clinton Quan: Yeah. I mean honestly, who would ever thought that there’d be seven Fast and the Furious movies?

Clinton Quan: Look at how incredibly successful. It’s without a doubt, one of the most successful movie franchises series ever.

Tom Smith: That car culture that started there in the South Bay, in the Gardena area turns into a worldwide phenomenon and I guess, hey, that could be yet another reason that Southern California is the automotive capital United States and automotive capital of the world is because we have Hollywood here.

“I don’t think a lot of people realize how big of an impact it’s had on not only car culture here in Southern California, but all over the world.”

Tom Smith: All right. Well, there you have it. Professor, thank you as always for another interesting talk. As always, thank you. I look forward to the next time and for iDriveSoCal, I am Tom Smith. Thank you for listening. 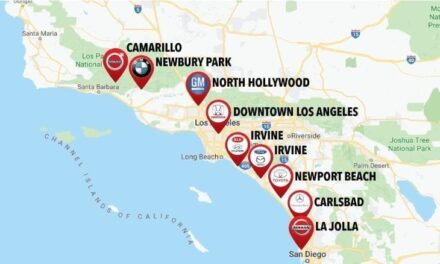 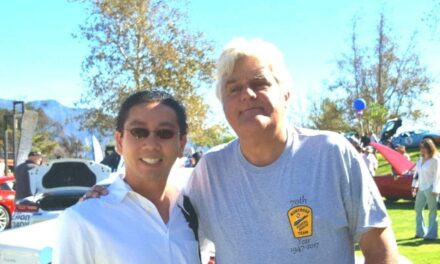 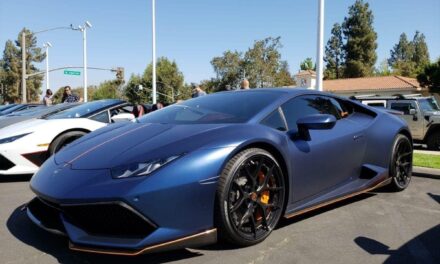 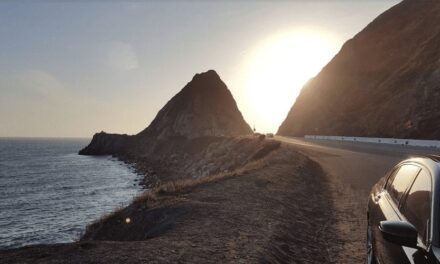