Home » Dealers » Ontario Volkswagen » Volkswagen EVs Communicate With You: How Is Pretty Cool

Volkswagen EVs Communicate With You: How Is Pretty Cool 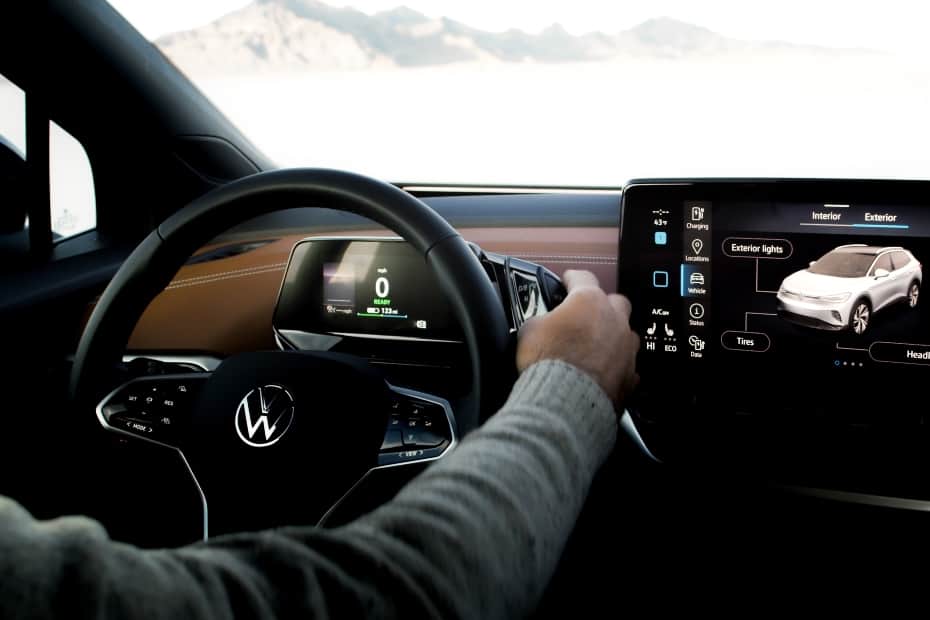 In the past, communicating with a car’s computer mostly went one way: from the driver to the car. Lately, in-car-speech recognition technology has integrated systems such as Siri, Nuance, and Alexa into the driving experience. More recently, Volkswagen EVs communicate with drivers using colored lights. 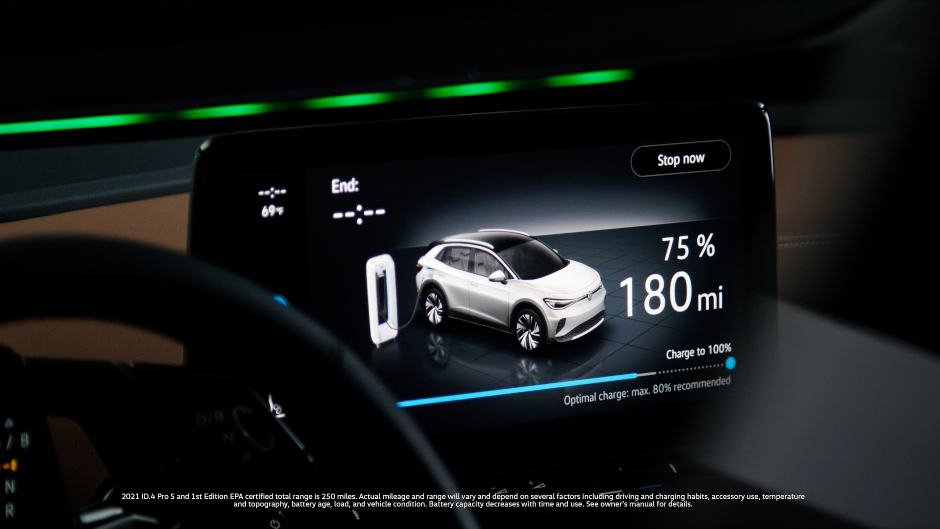 In order to lower the risk of distracted driving, VW integrated a thin light bar across the lower windshields of one of its newest electric vehicle models, the ID.4. Known as the ID. Light, this light bar uses 54 multi-colored LED lights to provide two-way communication between the car and its driver.

It goes way beyond changing a playlist or answering the phone. When a driver sits in the seat, the light bar sends a welcome signal in blue and white. This tells the driver the car is ready to drive, which is helpful because electric vehicles run silently.

The ID. Light sends a ‘goodbye’ message using the opposite light pattern when a driver leaves the car. It helps with navigation using lights that flow from one side to the other, showing drivers which way to turn. The light also displays red when there’s a need for emergency braking, green when someone’s calling, and white when the driver or passenger is using voice commands.

Why VW Cars Use Light to Interact With Drivers

Sasha Ziebert, the Lead Developer at Volkswagen, said the light acts as an assistant that lives in the car and interacts with drivers in a friendly, efficient way.

“We wanted drivers to have a light assistant, a companion in the car that gives the needed information with the exact minimum amount of thinking needed to understand it,” Ziebert said.

The ID. Light is designed to always be in the driver’s peripheral vision, allowing them to get feedback while keeping their eyes on the road ahead. Light patterns are also easier and faster to process than trying to read words or understand an auditory message. A warning signal given in colored light could help cut down response time.

“As screens in the vehicle grow bigger, it can take more time for your brain to look at the display and process all the information you need to receive from them,” said Stefan Franke, who helped develop the light bar for Volkswagen. “Even hearing a navigation system tell you a direction makes your brain pause a second to understand the remark. We knew we needed to find new ways to communicate with drivers to help minimize distractions from the driving task.”

Keeping Drivers Safe Now and in the Future

Developers spent hours working on the ID. Light interface to create a highly intelligent but simple communication system. This includes a hierarchy of commands. The cars can sense when several bits of feedback could be offered, and then it prioritizes them so that the light only shows one command at a time. The color patterns talk to the driver in friendly, non-intrusive ways that allow drivers to stay focused on the task at hand.

Thorb Baumgarten, Human Factors Specialist at Volkswagen, anticipates that future VW electric vehicles will utilize the ID. Light concept to talk to drivers in an even greater capacity.

“We can carefully extend our functions and visual metaphors based on customer feedback and new technologies,” he said. “The ID. Light should be ideal for communication between the driver and a vehicle for many future innovations.” 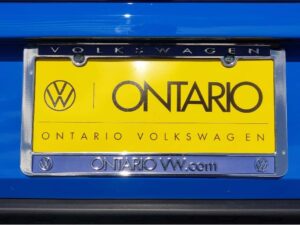