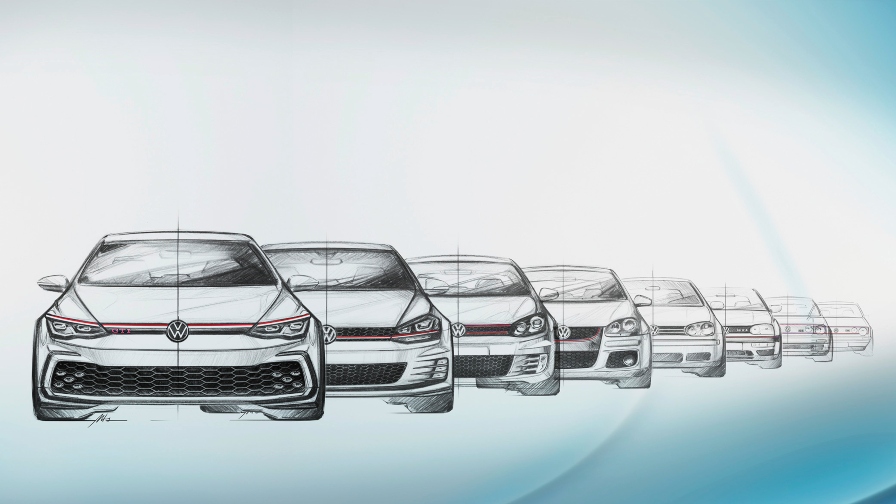 The VW GTI premiered in 1976. Now, looking back on the Volkswagen GTI eight generations later, the cult following has never been stronger.

And Volkswagen is celebrating years of success with the GTI – aka the original hot hatch (at least in the US).  By providing some cool materials to us press people to share the history with you. 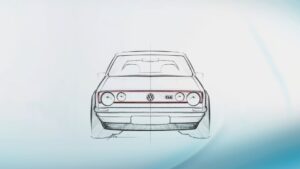 Initially, the GTI was only available in Europe. But it took the continent by storm with its sporty look and distinctive design. Released in 1976, the first GTI had protruding headlights, a narrow bumper, and a black radiator grille. Next, there’s the GTI logo, which VW made with chrome. This was in contrast to the black VW logo.

Apart from those design features, the Mk 1 was simple and compact. Consequently, it was popular as a daily driver in cities in suburbs. 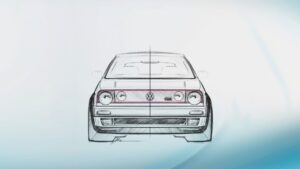 The Mk 2 shared many similarities with its predecessor. However, VW changed its design slightly to include built-in fog lights and an extra air intake. The second-gen version still had a narrow red line outlining the grille, which extended to the bumper. The other exterior elements stayed the same.

Inside, this version of the GTI was bigger and more comfortable. 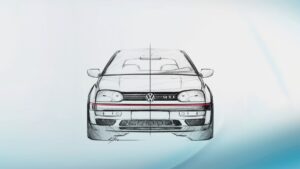 Moving into the 90s, the Mk 3 lost some of its harsh edges. But it still looked sporty with a narrow grille and a broad front spoiler. Further, the front grille took on a totally new look. VW dispensed with the double circle headlights and went with two single headlights on either side.

The manufacturer also added a split air intake. Next, they outlined the front bumper with bright red accent trim. Finally, VW made slight changes to the emblems on the car. The GTI emblem became red while the VW logo turned chrome. 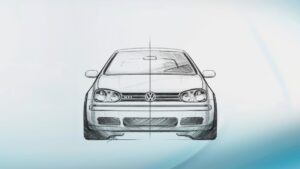 VW axed some of the sporty elements of previous GTIs when it released the fourth-generation model. For example, they removed the iconic red grille stripe. However, the fourth edition still grabbed people’s attention since it had a clean, sleek look. Further, VW made upgrades to the engine that increased its speed and performance.

The Mk 4 has a streamlined design compared to prior versions. Instead of using different colors for the grille and accent trim, the colors stayed uniform throughout. VW also moved the GTI logo from the left side of the grille to the right. 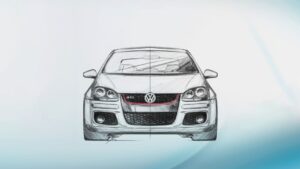 With the Mk 5, VW went back to the basics by reintroducing some features from earlier GTIs. The red trim around the grille reappeared along with the twin headlights.

Further, VW introduced the honeycomb grille with this model. This change has lived on in current models. 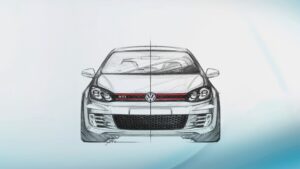 This generation took on a totally futuristic look. VW hung on to the red grille trim to accent the bi-xenon headlights. But on this model, they added air intakes to the spoiler and placed the foglights low on the grille. The manufacturer upgraded the entire body for a sharp, aggressive look. 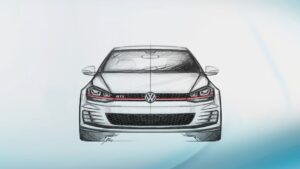 Volkswagen designer Marco Pavone says that the seventh generation GTI was the most stylish one yet. There’s continuous red trim that accents the grille and headlights, and sharp lines run from the lights to the windshield. VW also added broadside sills for a powerful look. Finally, they hung on to the honeycomb grille and widened the front bumper. 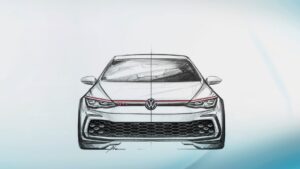 The latest model of the GTI features several body upgrades. VW totally redid the headlights, swapping out the old ones for a long, thin style. The red trim still lives on, and they’ve opened up the honeycomb design on the grille. Finally, the foglights sit in an X shape beneath the honeycomb design. The Mk 8 is the sportiest-looking generation by far.

What’s Next For GTI?

And while there’s no clear timeline for the release of Mk 9.  Perhaps something a bit more electrifying?  As in non-fuel combustion?  Stay tuned, because our bet is that Volkswagen keeps this vehicle around for a long-long time.