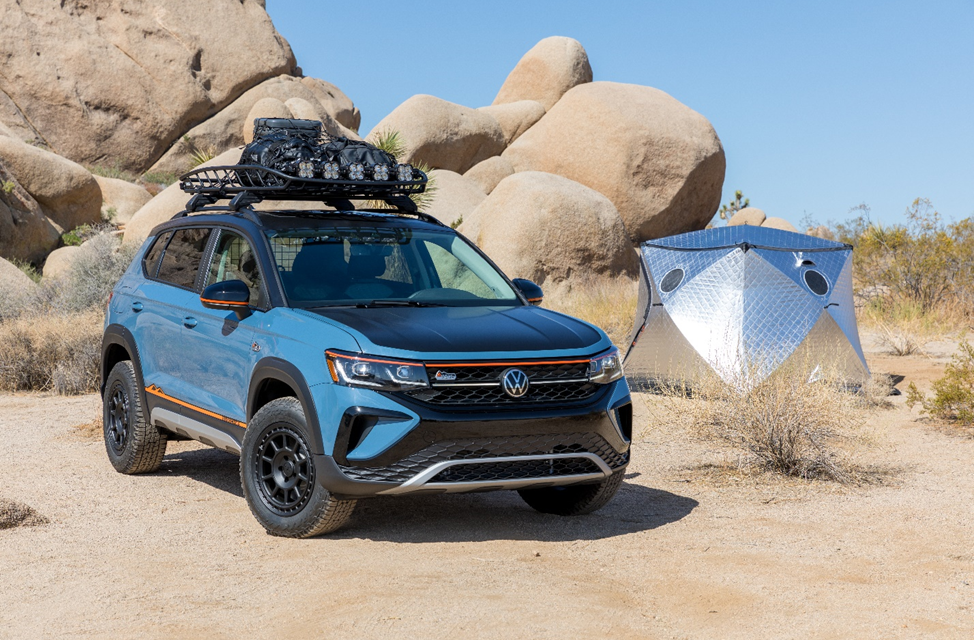 VW is rolling out something new for its adventurous fans: the Volkswagen Taos Basecamp Concept.

And the VW design team successfully launched the Atlas basecamp concept last year. Now, they’re showing the versatility of the Taos with this custom model. 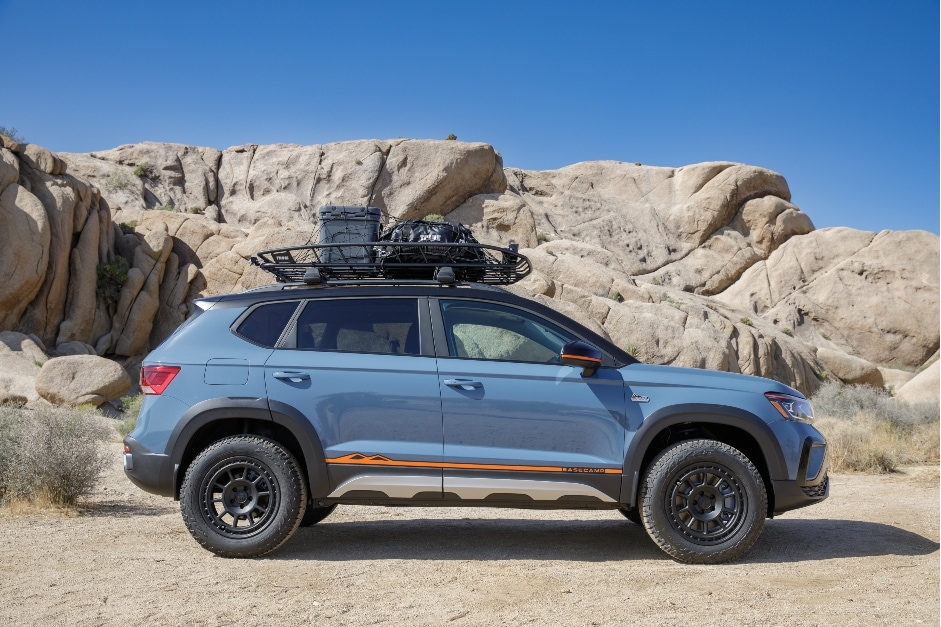 The Taos Basecamp concept looks bold and adaptable. Its most defining feature is the color scheme, which includes Waimea blue. Next, there’s orange accent trim around the entire body of the SUV. Further, the design team included glossy and matte black elements on the hood and roof. Finally, they incorporated silver in the rocker cladding and skid plates. Function-wise, VW upgraded the front and rear fender flares to include built-in splash guards.

Apart from these adventure-inspired elements, the Basecamp has the same compact build and strong styling as standard Taos models. 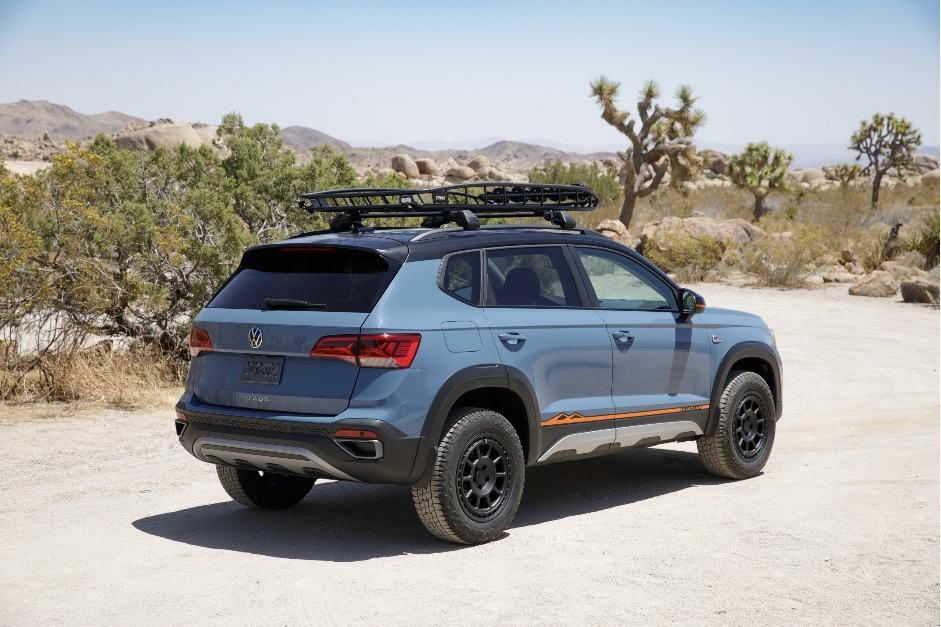 The Volkswagen Taos Basecamp concept is built to take drivers off the beaten path. Therefore, it features several upgrades for improved handling on rugged terrain. These changes include a raised suspension along with Falken Wildpeak All-Terrain tires. Of course, the Taos has four-wheel drive for superior handling on dirt and gravel roads and added security in poor weather conditions. 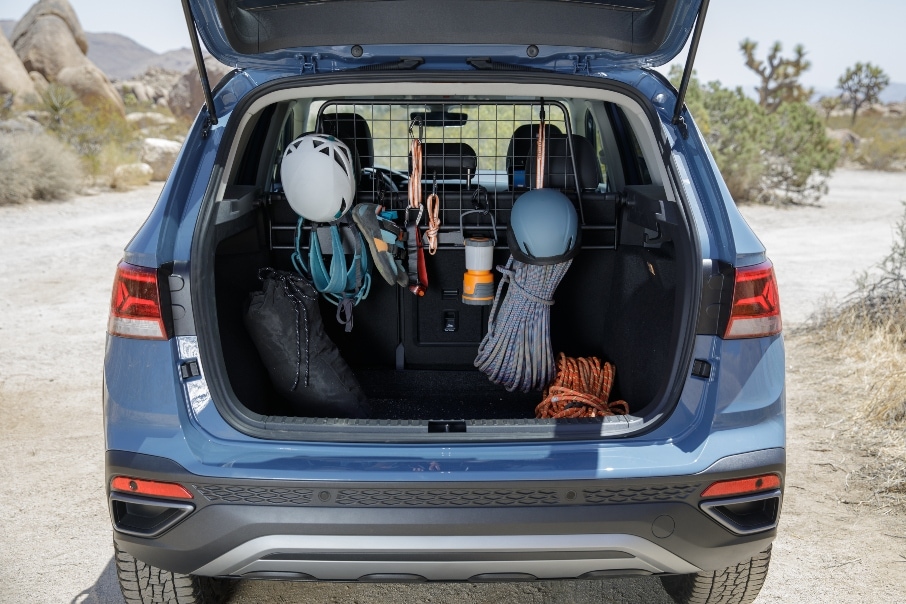 The Volkswagen Taos Basecamp concept is part of the Taos family, VW’s newest addition to its lineup of compact SUVs.

Details are still forthcoming on the Taos. But we know that it will have a 1.5-liter turbocharged engine that puts off 158 horsepower and 184 lb-ft of torque. Next, VW has revealed that the 17-inch wheels are standard. But buyers can upgrade to 18- or 19-inch ones if desired. There’s no data yet on gas mileage estimates.

Inside, like the Volkswagen Taos Basecamp concept, the standard Taos is spacious for its small size. There’s plenty of legroom and cargo space. The interior styling is clean and attractive, with several options for upgrading the upholstery, lighting, and seating.

Next, there’s the infotainment system. VW offers options for a 6-inch or 8.5-inch screen. Further, drivers can customize the system to include built-in GPS, enhanced audio features, and a WiFi hotspot.

Finally, we’re aware that the Taos has a variety of safety and driver assistance features. These include blind-spot monitoring, lane-keeping assistance, and adaptive cruise control.

The Volkswagen Taos Basecamp concept will include these features along with something brand new – the Gentex HomeLink Bluetooth mirror with a built-in compass.

We’re excited to see the Basecamp concept in action once it’s available for purchase in the near future. 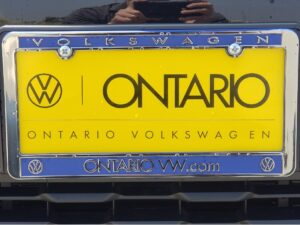