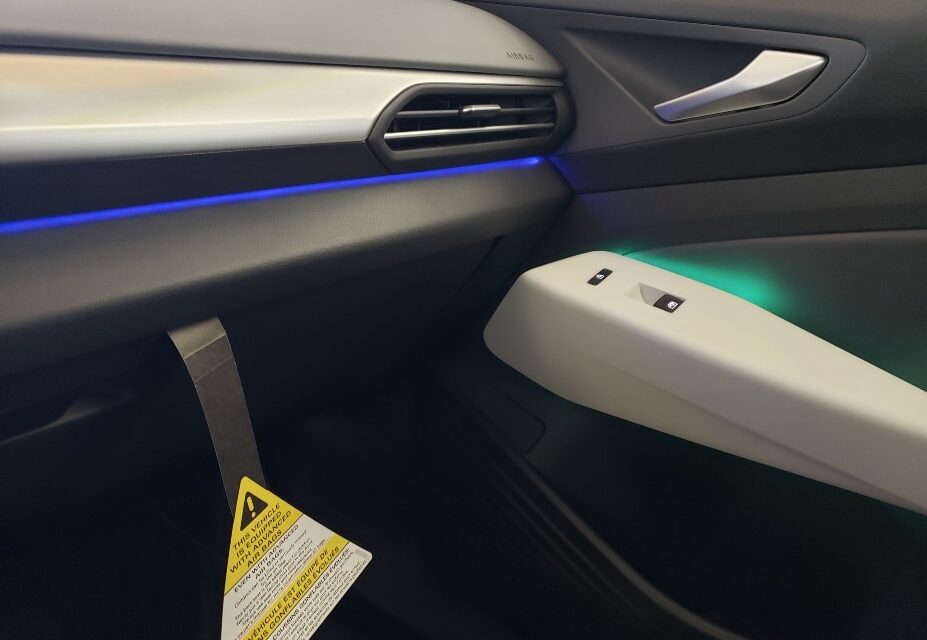 VW ID.4 smart features include many high-tech innovations.  But also some that are simply reimagined old-school engineering.

Most of us are not yet electric vehicle savvy.  And it’s safe to say many of us are still EV reluctant.

So, with that in mind, here are ten features of the Volkswagen ID.4 EV that are pretty cool. 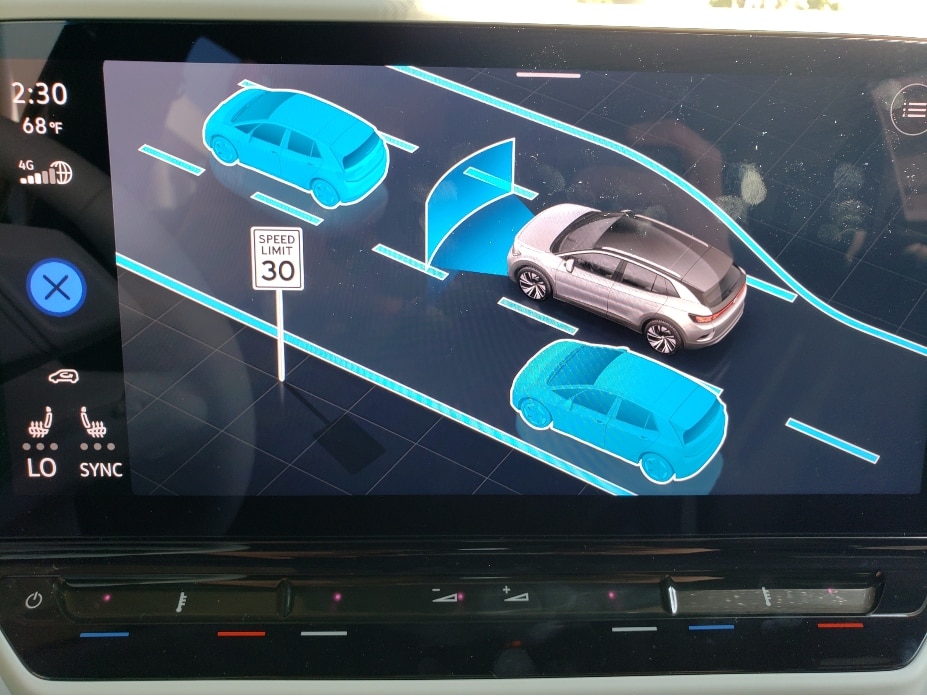 If this one makes you think of lava lamps and mellow tunes then, you’re just about right.  Because ambient lighting is easily controlled through the touchscreen infotainment system.  Plus you can adjust the color and the brightness.  In fact, you can control the color on the dash separately from the color on the door panels.

While heated seats and steering wheels are not new.  On a chilling fall or winter day, they’re especially welcoming features to have.  And this VW ID.4 smart feature takes it to another level.  Because, based on the outside temperature, you can set them to turn on automatically upon startup.

Disclaimer: I haven’t tested this one!  :0)  But apparently you can ask ID.4 to crack a joke to help lighten the mood.  Whether that’s sarcastic, blue, or what specific type of humor your ID.4 will draw its jokes from is unknown.

Another feature that’s not new to the automotive world is automatic windows.  But what’s cool with ID.4 is being able to easily drop all four of them at once.  And it’s a simple as pressing and holding the rear button on the driver’s door panel.

I’m taking my own creative spin on this one.  To be clear, it references the Avenger’s movie, Iron Man.  Because it’s a voice-activated feature.  So, you can simply say, “it’s too bright” or, it’s too dark.”  And your ID.4 will automatically close or open the overhead shades of the vehicle’s panoramic sunroof.

Here’s a nod to old-school engineering reimagined.  The front seats have two sets of cupholders.  One is in plain view in the center console.  And one hides under the rolling center console cover.  What’s clever is that these are modular.  So each offers different configurations for storing whatever ‘stuff’ you have with you – phones, keys, loose change, etc.

When it comes to the technical settings in ID.4, it’s easy to set preferences for easy access.  Just swipe down on the infotainment touchscreen to display shortcuts to your most commonly used tech.  And setting those is as easy as touching and holding each respective digital button.

I think this one is especially cool.  Because it’s so logical it’s surprising that it hasn’t been done before.  So, the same wiper stalk that you use to spritz and wipe your rear window also cleans your backup camera.  And how handy is that?  Personally, I’ve gotten out of my car to wipe the tiny little camera lens numerous times.  And it’s always an inconvenience.

This final feature makes all sorts of sense too.  As EVs are very quiet, even silent at times, it’s hard to tell when they’re on – or off.  Thus the VW ID.4 smart feature activates an audible chime confirming that the vehicle has turned off.

And whether you are buying, servicing, shopping, or just wanting to talk V-Dubs.  Ontario Volkswagen in the Los Angeles Suburb of Ontario, California is the place to go! 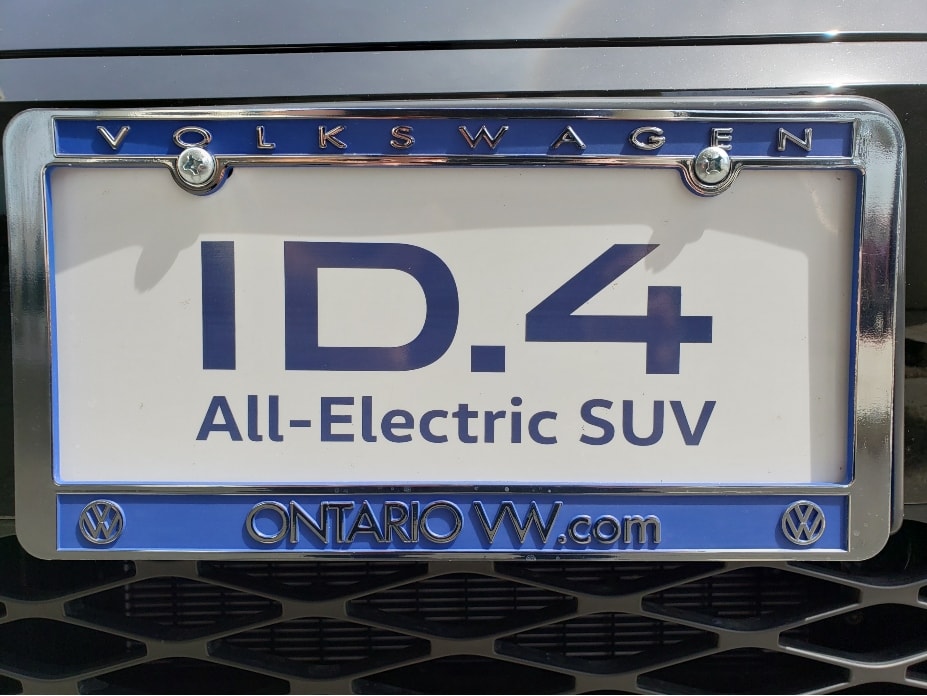